Spinach ohitashi salad is a very simple dish as a side or substitute for salad. Simply boil and serve with bonito flakes topping, or sesame seeds if vegetarian. 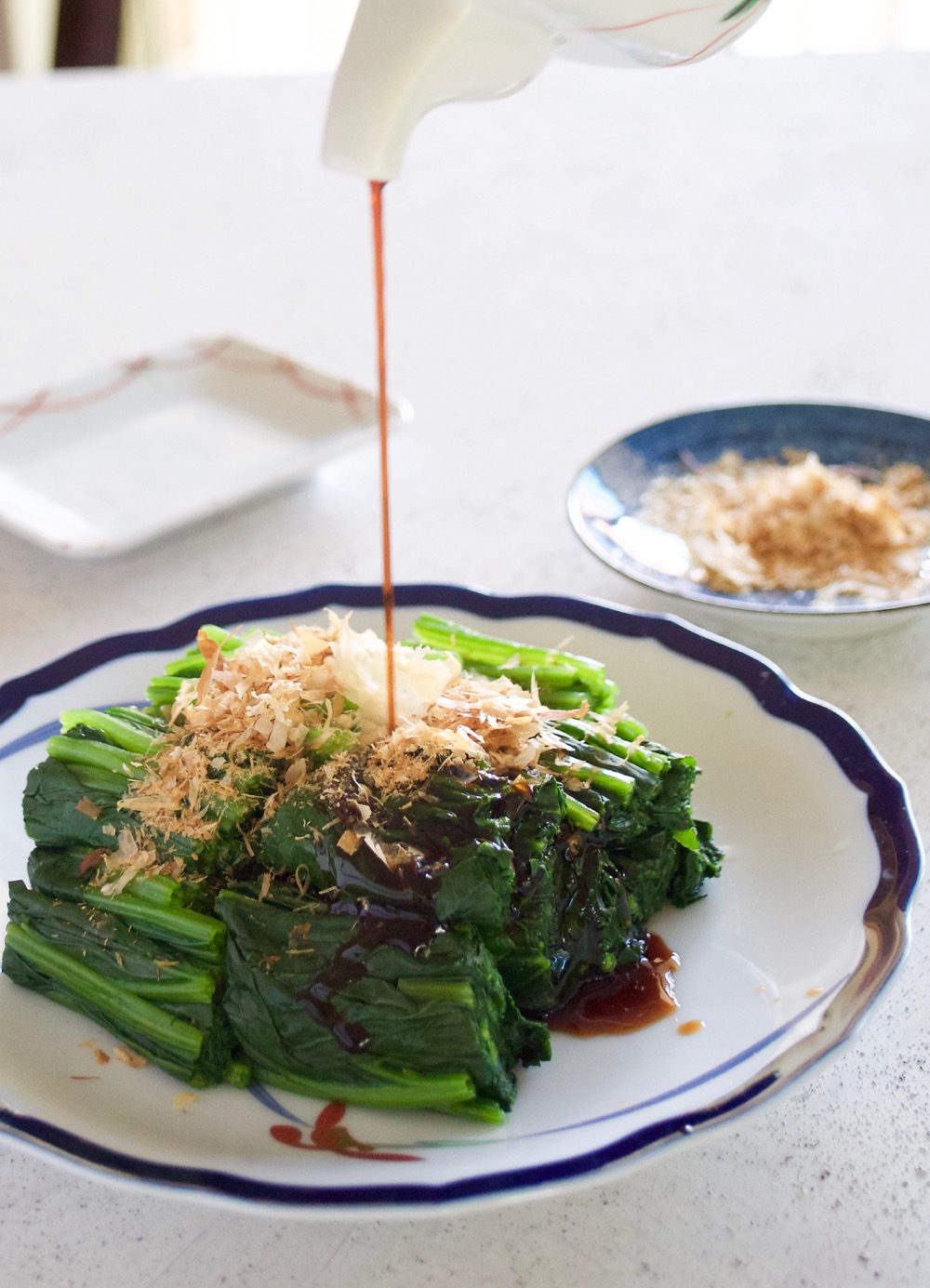 First of all, this is a very simple spinach dish to serve as a side or a substitute for salad. The word ohitashi (お浸し) came from the word hitashi (浸し) which means “immerse” or “dunk”. Originally vegetables and even seafood immersed in a flavoured sauce of some sort was called ohitashi. Nowadays ohitashi is mostly represented as boiled vegetables — usually greens — with soy sauce poured over it.

English spinach is the most typical green vegetables for ohitashi, hence “spinach ohitashi”. Simply boil the spinach and cut it into appropriate lengths. Pile the spinach neatly on a plate to arrange, top with katsuobushi (鰹節, dried bonito flakes) and dress with soy sauce.

If English spinach ohitashi is not your preference, you could use broccolini or Chinese green vegetables which are good for boiling. 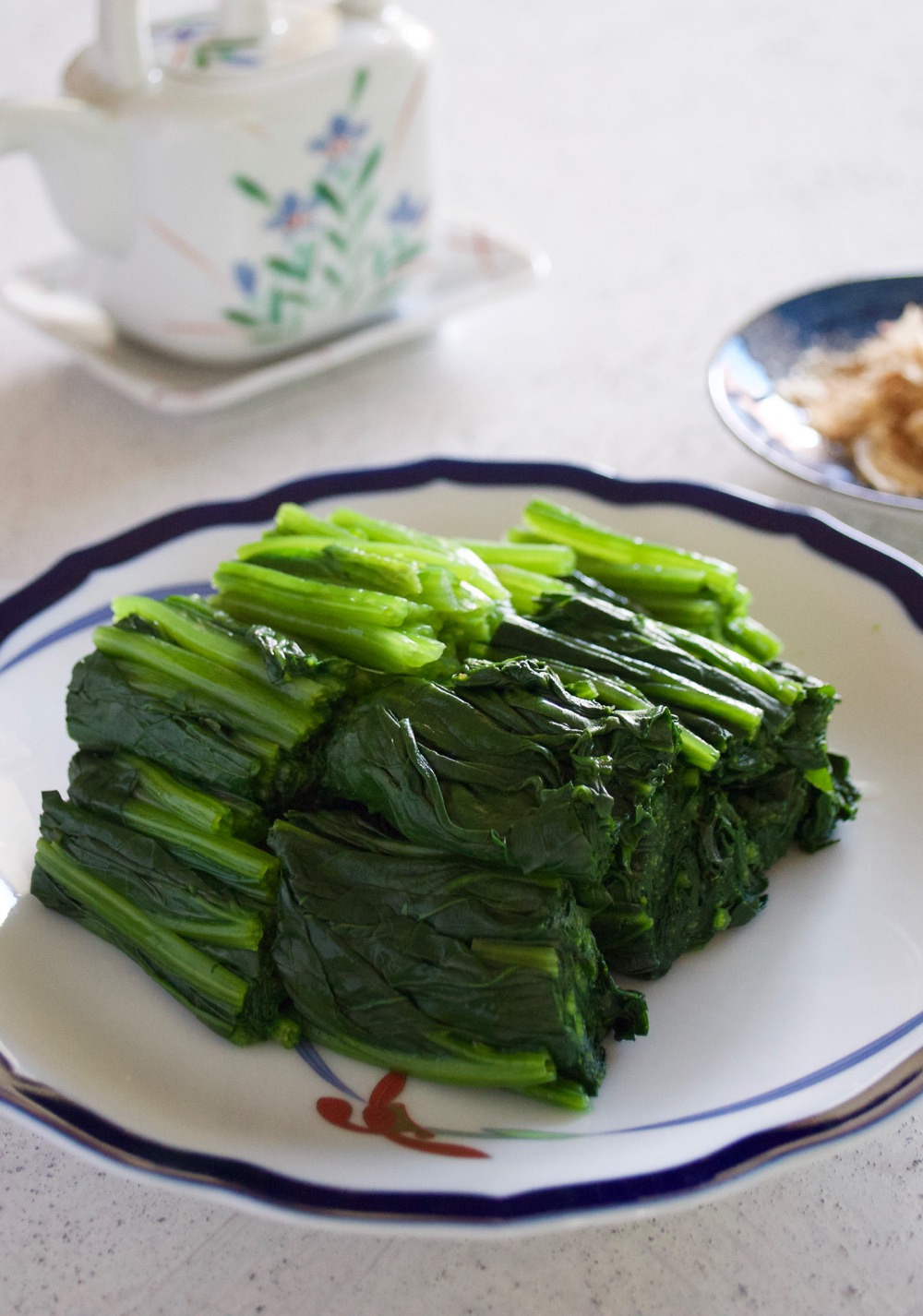 Common topping of this dish is katsuobushi (shaved bonito flakes). You can buy katsuobushi at Asian grocery stores. Please refer to Home Style Japanese Dashi Stock where I talked  more about katsuobushi. If you are a vegetarian, you could use roasted white sesame seeds instead of  katsuobushi.

My son once topped it with fried shallots and fried garlic, which are Chinese seasonings, to give it a bit of twist. It certainly wasn’t a typical Japanese spinach ohitashi any more due to garlic but it was tasty!

I have laid the spinach bunches like logs but you could also stand the bunch up with the cut side at the top and bottom, placing them next each other instead of piling them up. To present neatly in this way though, you would have to cut the spinach into exactly the same length and make almost equal size of bunches so that they look neat and tidy when plated. That’s the reason why I don’t make them stand! 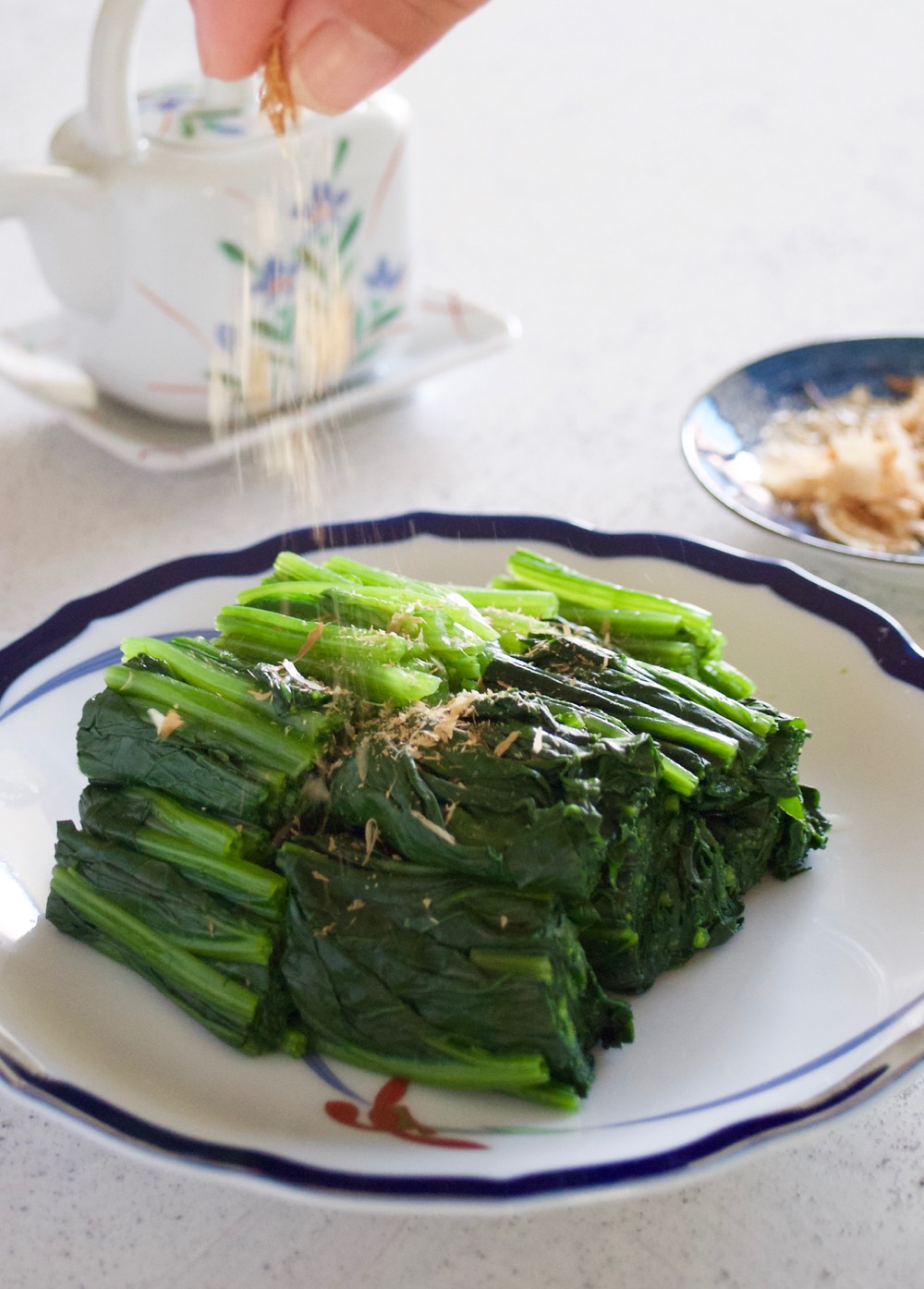 Typical way of eating spinach ohitashi is with soy sauce but again, you could use citrus based dressing such as ponzu or slightly mild vinegar soy source called tasazu. Please visit Japanese Dressings for the recipes. 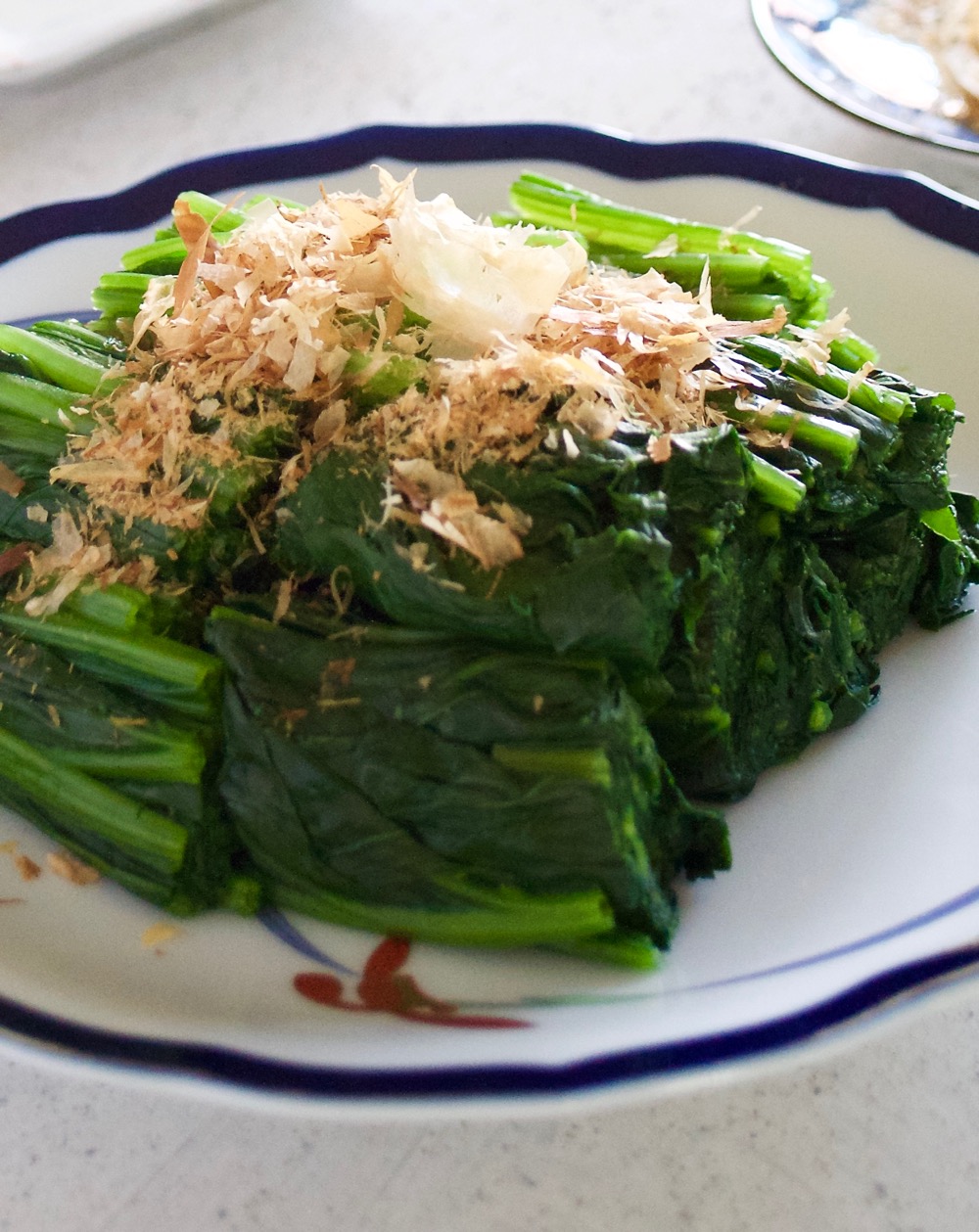 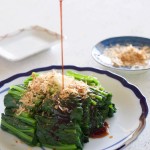 Print
Spinach Ohitashi Salad
Cook Time
10 mins
Total Time
10 mins
How about a super simple spinach salad? Boil, cut, plate, top with bonito flakes, and serve with soy sauce. It cannot get simpler than that and spinach is good for you. You can serve it in a large bowl/plate as a shared salad or serve individually in a small bowl/plate as a side. If you are a vegetarian, replace bonito flakes with sesame.
Recipe Type: Salad, Side
Cuisine: Japanese
Serves: 2 as salad
Author: Yumiko
Ingredients (tbsp=15ml, cup=250ml)
Instructions
Recipe Notes

1. If dried bonito flakes are not your preferred topping, you could substitute roasted white sesame. The flavour is quite different of course but it looks as good.

2. Boiling time varies depending on the type of spinach you can get and also depending on your preference for doneness. Some people prefer al-dente, some like well-cooked.

4. Instead of soy sauce, you could serve with ponzu which is a citrus-based soy dressing. Please refer to Japanese Dressings for the recipes.