HI, NICE TO MEET YOU!

I am Yumiko. Nagi, the creator of RecipeTin Eats, is my daughter. 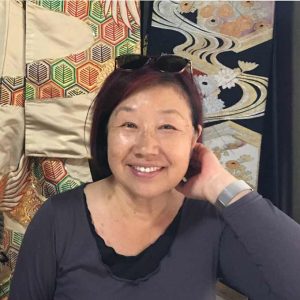 I got tired of my kids constantly asking me for their favourite Japanese recipes so I decided to collate them in one place so that they could help themselves – and now you can too!

This blog is a collection of Japanese home cooking recipes, plus special occasion Japanese recipes that I have cooked and liked. I hope you enjoy the Japanese food in this blog.

I was born and raised in Tokyo, Japan and migrated to Australia with my family in 1981. I always wanted to live in a vast place where I could see for miles without seeing people’s heads.

Naturally, I cooked Japanese food a lot in our early settlement period in Australia and my kids were forced to eat everything served and had to at least taste everything once. At home, it was still a Japanese lifestyle and I was a typical Japanese wife and mother.

I should say that was until my children became teenagers and they could try their own cooking in the Aussie way. I know that my kids did not appreciate Japanese meals very much when they were young.

My children’s appreciation of food coincided with an increase in Australian’s appreciation of Japanese food, and they started asking me how to cook Japanese dishes. Now, they also come to my place asking me to cook Japanese meals because they don’t have recipes for them in English (they should have taken Japanese language lessons more seriously at school!) Or they ask me to send them a recipe translated into English.

Come to think of it, this blog is one of the few things I could leave behind as my legacy. Well, that’s exactly what Nagi said when persuading me to start this blog. She said “now that you are getting old…” I know, I know. But I might live 40 more years at this rate so I don’t need to rush, do I?