Nobu’s Miso Marinated Black Cod Recipe is very similar to the Saikyo Yaki Miso Marinade and Saikyo Yaki Fish recipes that I posted some time ago. Nobu’s marinade is a Westernised version with a stronger flavour – particularly the sweetness. 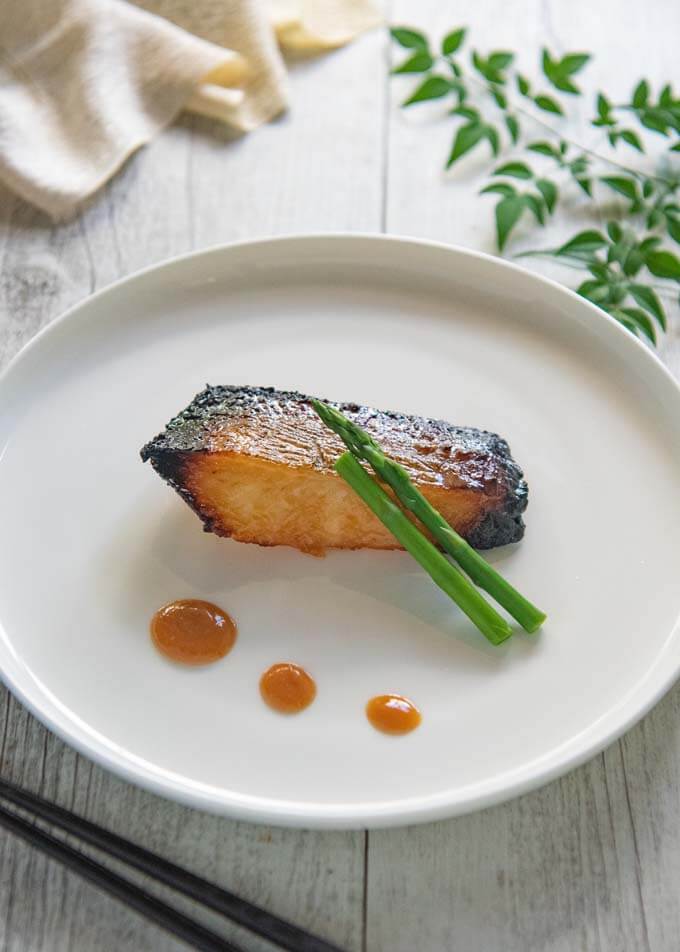 I posted this recipe a few months ago. But, I needed to re-publish this post with new photos because my son commented that the first photo (hero shot) was not great due to the shape of the fish.

I must admit that I was not 100% happy with the shape of the fillet either, but at the time, I could not find the better shape of the fish fillets. So, here is the updated version with new photos. In addition to the change of the photos, I added a video. The rest of the post including the recipe has not changed.

Nobu called this miso marinade ‘Nobu-style Saikyo Miso’ and it is a bit different from the traditional Saikyo miso. It is great to be able to experience this dish from Nobu, the world-famous Japanese celebrity chef.

The traditional Saikyo miso is quite pale in colour, almost beige colour, and has a mild sweetness that comes from the sugar and the reduced amount of salt added to the miso. The Saikyo miso paste has a much softer texture, unlike other types of miso

As you can see in my recipe Saikyo Yaki Miso Marinade, I added only a small amount of sake, mirin, and sugar to make the traditional Saikyo miso marinade. 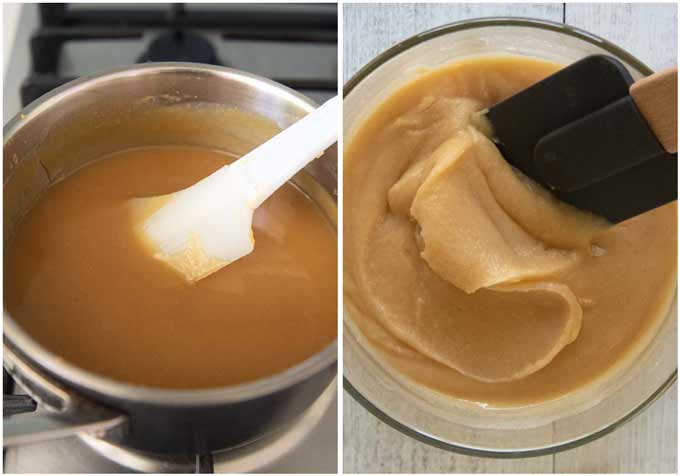 Normal shiro miso is a light brown colour and contains more salt than Saikyo miso. To compensate for the strong saltiness, Nobu adds quite a lot of sugar to the miso. He also adds a large quantity of sake and mirin so that the marinade becomes a similar consistency to the traditional marinade. 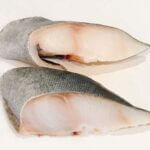 Black cod (also called sablefish) is a deep-sea fish that can be caught in the North Pacific Ocean. The flesh is white and soft. When cooked, the meat has a flaky texture like cod and a high fat content that makes it super tasty.

Black cod does not belong to the cod species. It gained the name ‘black cod’ because the flaky texture of the cooked meat is similar to cod and the colour of the skin is almost black.

Unlike Japan unfortunately, it is very difficult to buy black cod in Australia, at least for common consumers. 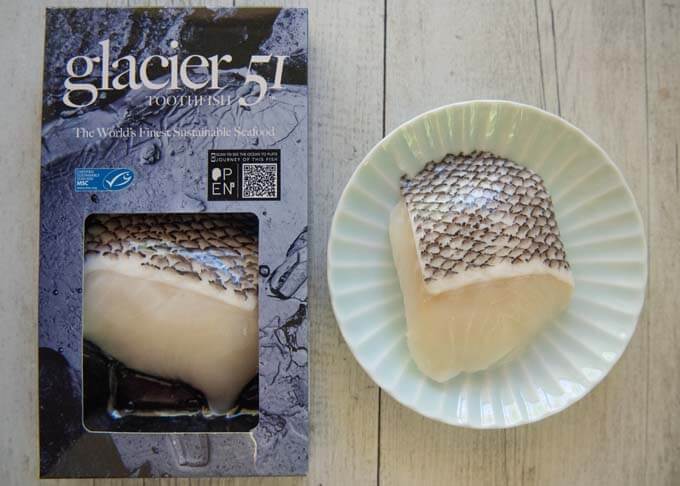 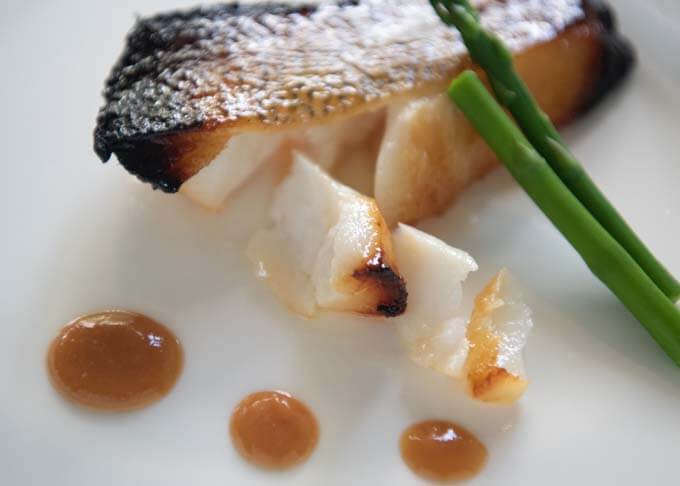 This is the recipe straight from Nobu’s cookbook called The Cookbook, with the portion adjusted accordingly. But I used Glacier 51 toothfish fillets instead of black cod fillets. 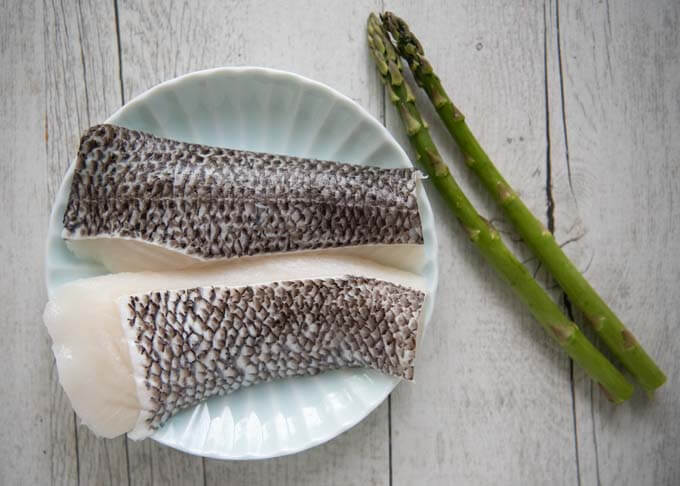 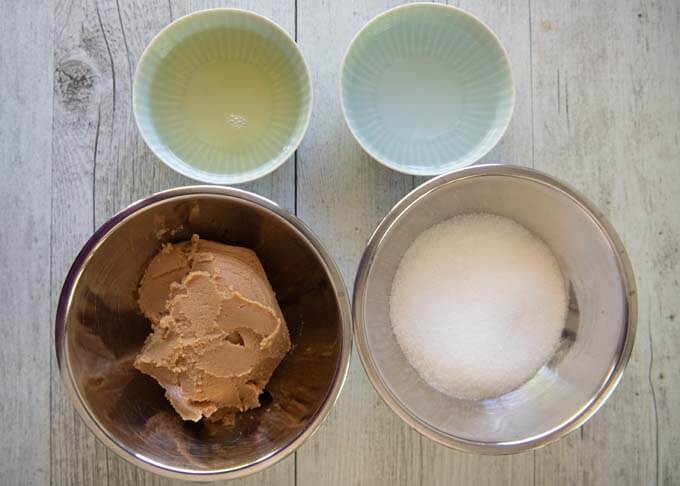 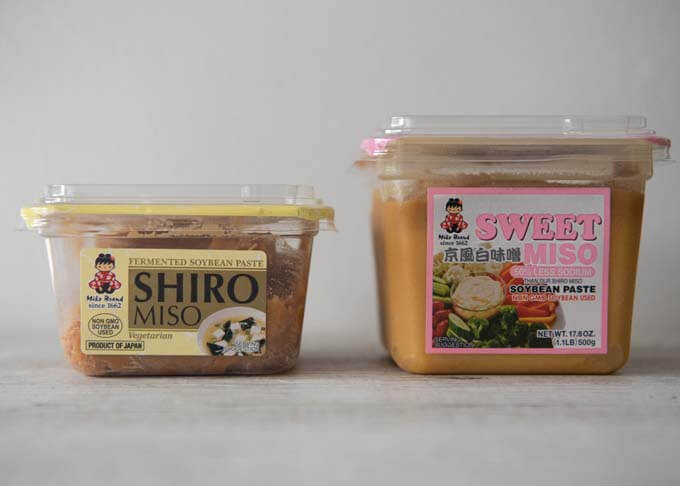 My toothfish fillets were 150g/5.3oz each. If you can buy black cod fillets, please use black cod by all means. Although Glacier 51 toothfish and black cod are great to make Saikyo yaki, you can use other kinds of fish as per my Saikyo Yaki Fish recipe.

When I made Glacier 51 toothfish Saikyo Yaki for a dozen people at my Yakitori party, I halved each fillet and served a thinner piece per person so that I could bring the cost down. Each serving was only 75g/2.6oz, but it was not too small at all by Japanese standards. I thought the portion was just right with the strong sweet miso flavour.

Unlike my Saikyo Yaki Miso Marinade, you need to use a stove for a short while to make Nobu’s Miso Marinade. See the video. 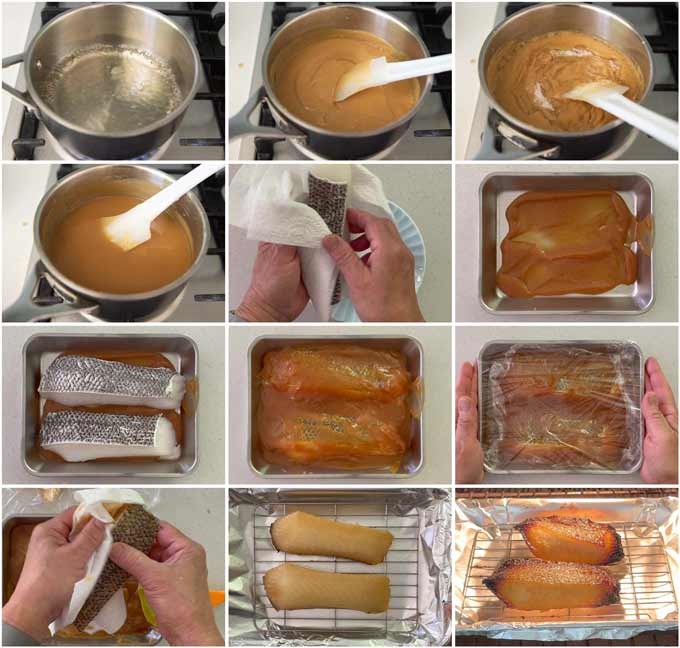 Nobu’s recipe suggests adding a few extra drops of marinade on each serving plate after plating the fish, which makes the dish look professional. If you want to do this, you’ll have to reserve a small amount of the marinade before marinating the fish.

At my yakitori party, I made today’s dish (Nobu’s Saikyo Yaki Fish) as well as my version of Saikyo Yaki Fish so that people could compare the flavours. Some people liked Nobu’s version, and others preferred my version.

I think that people who are used to strong flavours prefer Nobu’s and people who like a lighter flavour (like me), enjoy my Saikyo Yaki. 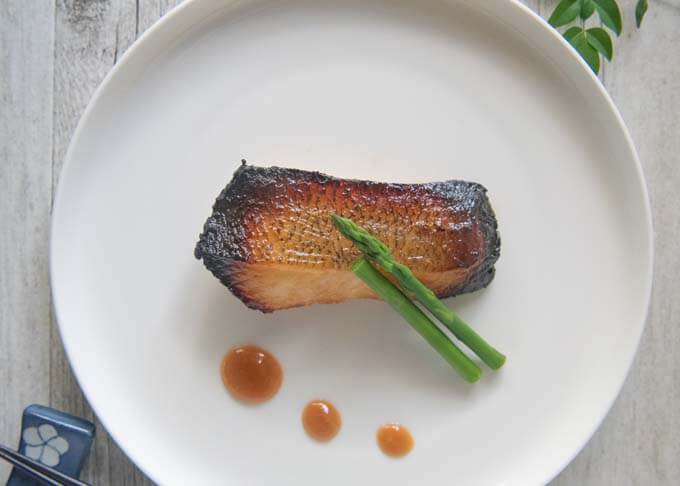 You’ll have to make both versions of Saikyo Yaki to decide which flavour you like better!

Note: I decided not to include the section Meal Ideas today. If you visit my post, Saikyo Yaki Fish, you will see what sort of dishes might go well with Saikyo Yaki. 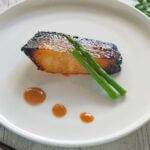 Nobu's Miso Marinated Black Cod Recipe is very similar to the Saikyo Yaki Miso Marinade and Saikyo Yaki recipes that I posted some time ago. Nobu’s marinade is a Westernised version with a stronger flavour, particularly the sweetness. See the video.

This is a recipe from his cookbook called The Cookbook. I only changed the fish fillet to be marinated. Instead of black cod fillets, I used Glacier 51 toothfish fillets.

There isn't Meal Ideas today. If you visit my post, Saikyo Yaki Fish, you will see what sort of dishes might go well with Saikyo Yaki.

1. Nobu’s recipe uses black cod fillets, but I cannot buy them in Sydney. So, I substituted them with Glacier 51 toothfish fillets, which are considered to be equally tasty and fatty.

Glacier 51 toothfish comes frozen and the fillet I bought was 150g/5.3oz per pack. See the photo in the post.

Instead of black cod or Glacier 51 toothfish, which are not cheap, you can marinate salmon, Spanish mackerel, etc.

3. Nobu’s recipe used pickled ginger sprouts as garnish, but these are very difficult to find in Australia. So, I used blanched asparagus spears to add a colour to the dish. You can also use the other garnishes that I showed you in my Saikyo Yaki Fish recipe.

4. Nobu’s recipe simply says that you slather the fish with miso marinade and place in a dish or a bowl. But I found that slathering the fillets in your hand is quite messy, so I did it my way. It doesn't matter how you coat the fish fillets with the miso marinade.

5. It’s OK to have some miso marinade left on the fish. Do not rinse it off.

6. The distance between the heat and the fish should not be too close because the surface of the fish burns before the fish is cooked halfway. The distance should be about 10cm/4".

7. The cooking duration varies depending on the thickness of the fillet. My fillet was about 4cm/1½½" thick.

8. Nutrition per serving. The amount of marinade consumed should be minimal but for the calculation purposes, it is assumed that 20% of miso marinade is consumed.

Originally published in November 202, updated in January 2023 with better photos and  a video added. No changes to the recipe.