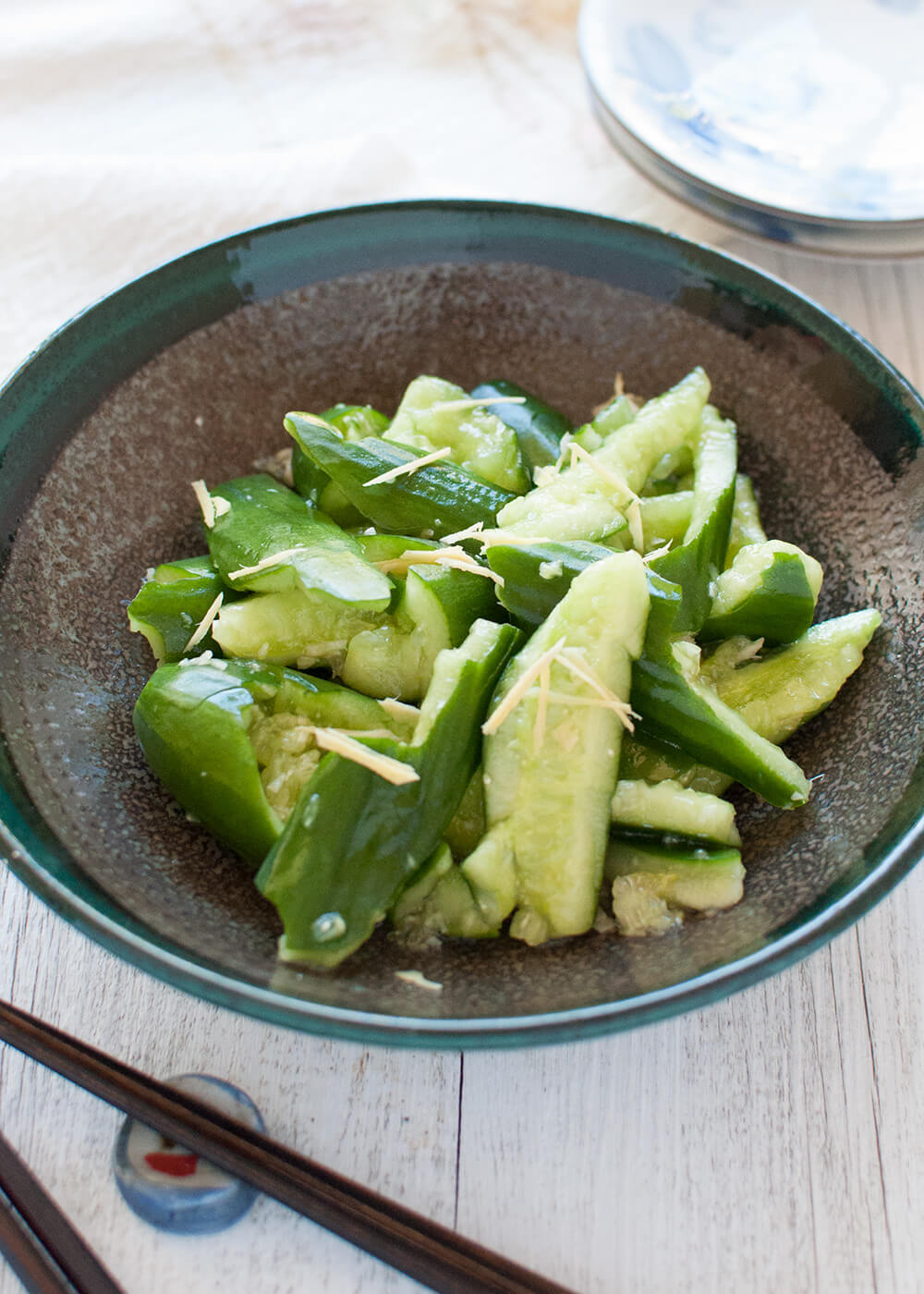 I must say this salad is a very summery salad. Although you see cucumbers all year round in the shops these days, it is actually a summer vegetable and the quality of the cucumbers is the best in summer.

Here in Sydney, I can still buy them in winter, but they are not the cheapest. I check the quality of cucumbers by appearance as well as by squeezing the middle part with two fingers to see if it is firm or not. Spongy cucumbers are not good.

When my children and I stayed at her place for a while a few years ago, this fresh salad made it to the table every day. So, my kids now call the salad made up of lettuce, cucumbers and tomatoes “Michiko Salad”.

There are several different types of cucumbers sold in Sydney but the most commonly sold are green cucumber, Lebanese cucumber (Persian cucumber), telegraph cucumber and baby cucumber. 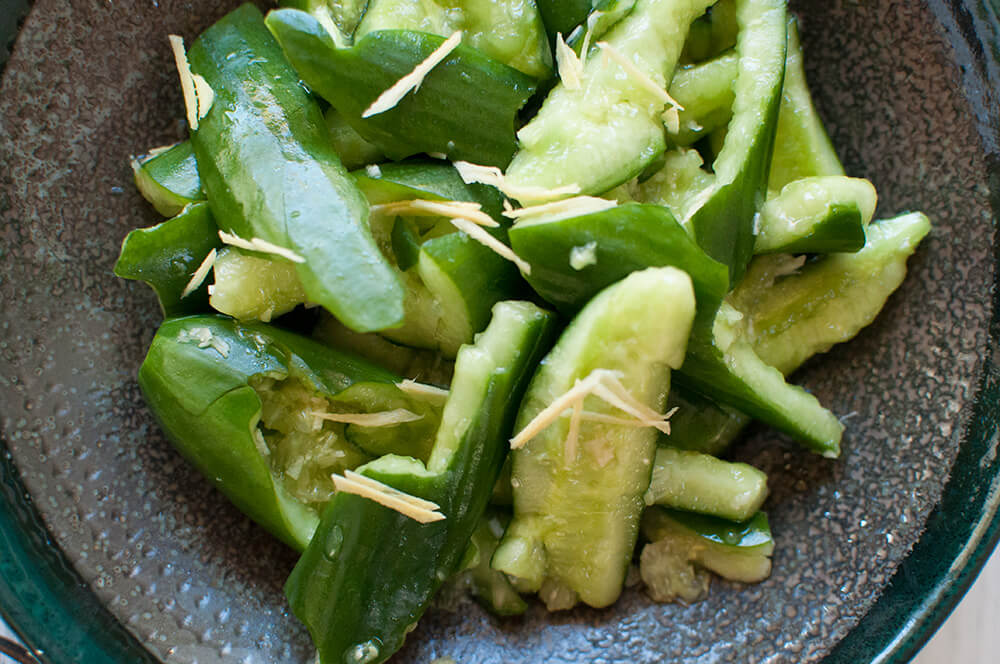 When I migrated to Australia 36 years ago, there were only two types of cucumbers sold at vegetables shops – green cucumber and telegraph cucumbers (similar to English cucumbers but longer).

Green cucumbers were sold as “cucumber” and much cheaper than telegraph cucumbers at the time and I had to buy the cheaper one. But I was so shocked to learn that when you cut it in half vertically, the centre of the cucumber was full of seeds with watery flesh and almost half of the flesh had to be removed. It tasted a bit sour and nothing like those I used to eat in Japan. To date, I hardly ever eat green cucumbers.

A few years later, Lebanese cucumbers started appearing at vegetable shops and I was so relieved to find them as they were the closest to what I am used to eating, even if much shorter. 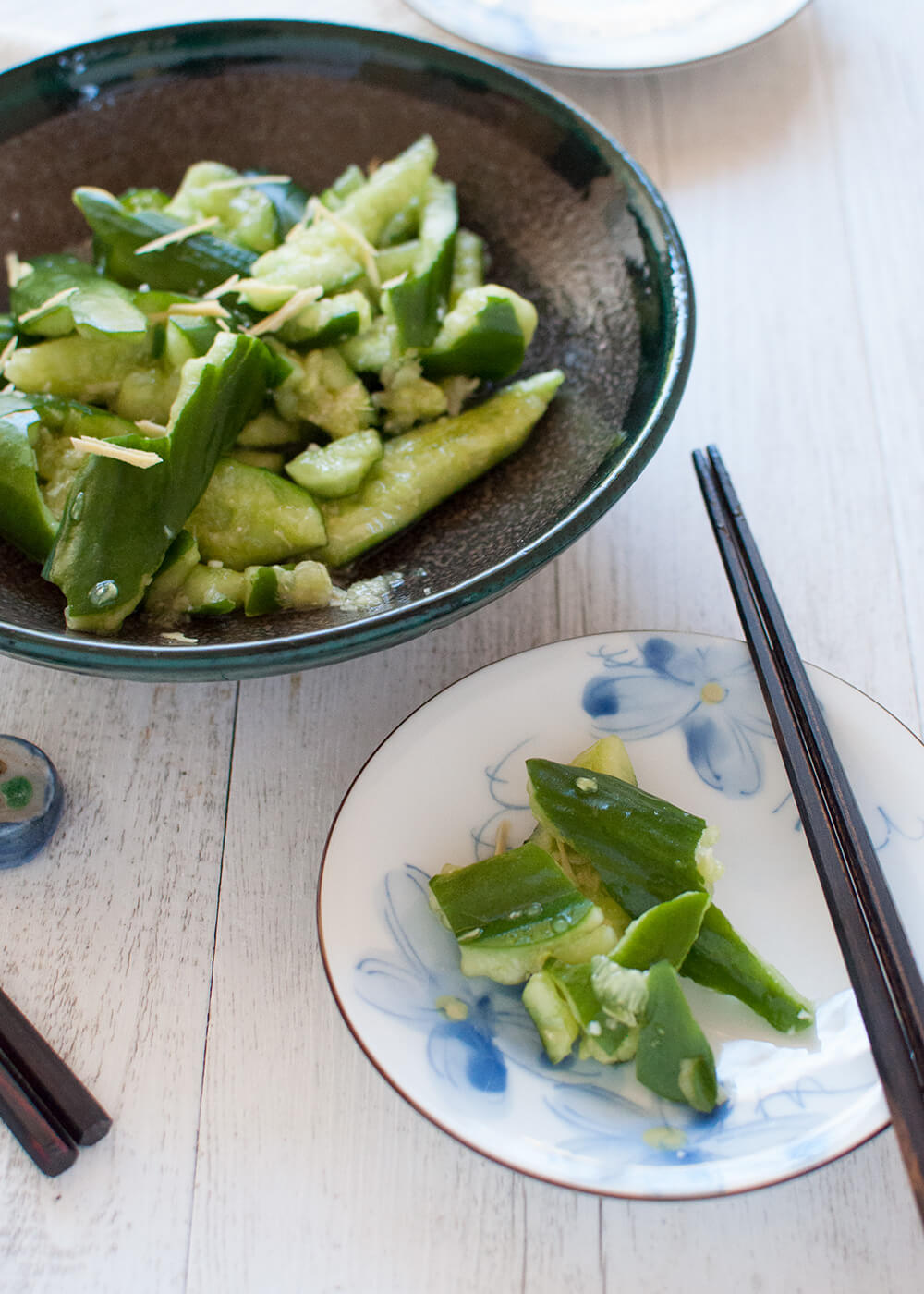 Green cucumbers are fat, large cucumbers and have dark green, very thick skin which needs to be peeled. Therefore, this cucumber is not suited for smashed cucumbers as the cucumber skin needs to be intact in this recipe.

Tataki Kyuri is a very quick salad to make. Because of the way the cucumbers are smashed, it creates more surface area to each piece of cucumber, allowing the dressing/seasoning to penetrate quickly. It is important to use fresh chilled cucumbers when smashing.

“Tataki” (叩き) is an adjective form of the verb “tataku” (叩く) which means smash or hit. “Kyuri” (キュウリ) is cucumber. I like the way each piece of cucumber is in different shape and uneven. Use a rolling pin or a bottle to smash. 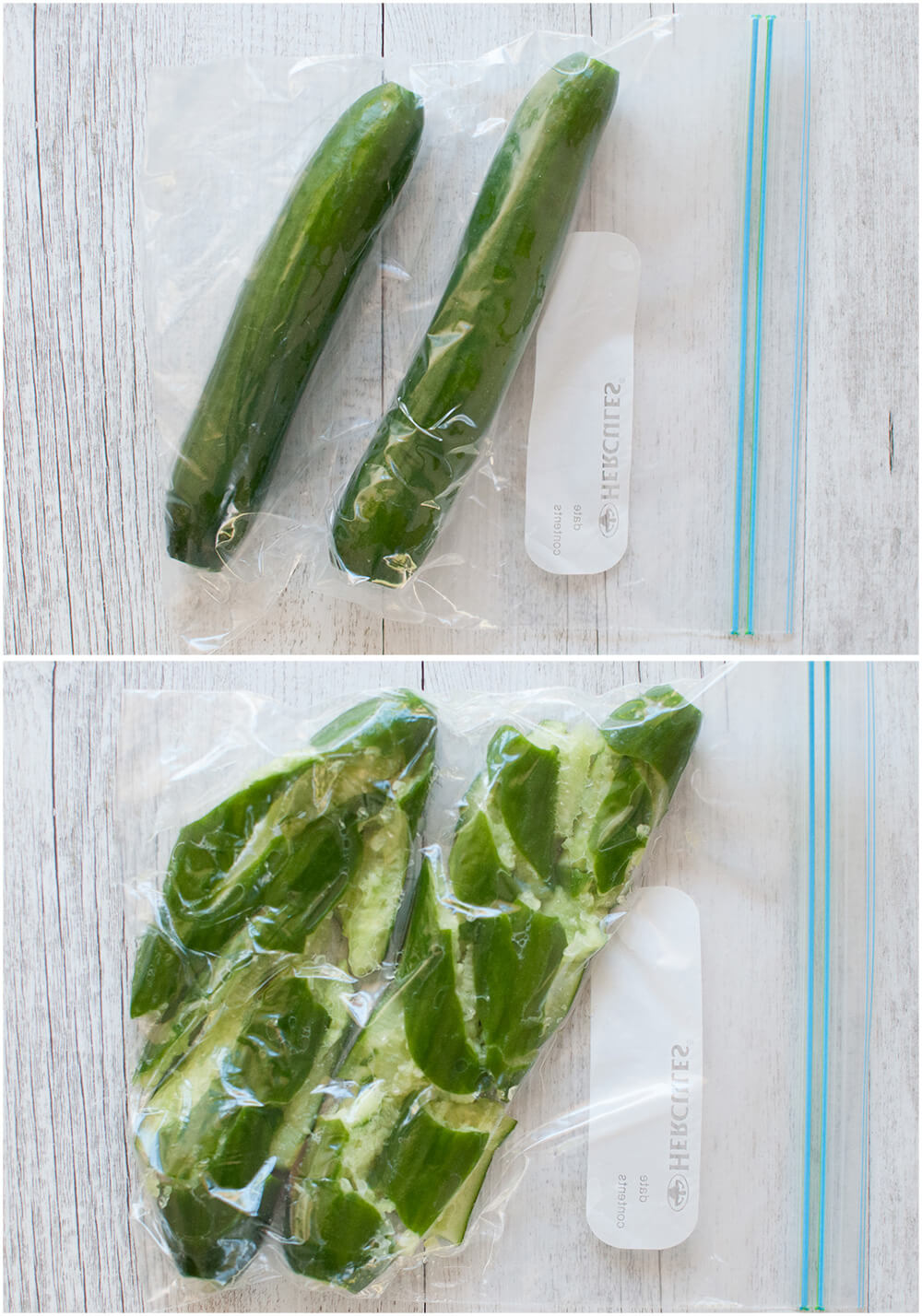 There are so many different kinds of dressings you can use for smashed cucumbers. Some recipes add vinegar or lemon juice just like the Western style salad dressing. Some add chilli paste or pickled sour plum (umeboshi, 梅干し). 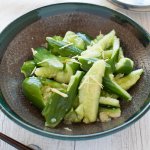 It says Prep time is 10 minutes but I think it take less than that.

1. I used 2 Lebanese cucumbers that weighed about 300g (0.7lb) in total. You can use other types of cucumbers such as English or telegraph. Any fresh cucumbers that are suitable for salad with skin on are good.

If serving immediately, use chilled cucumber as Smashed Cucumber Salad should be served cold.

2. You can reduce the amount of garlic/ginger or even omit one of them if you like. In my view, ginger gives the dish freshness and makes it suitable as a summer salad.

3. You can store the bag of cucumbers with all other ingredients in the fridge for up to 2 hours before serving. While in the fridge, the cucumbers produce more liquid. If there is too much, you may wish to discard some when serving.

4. PS. One of the readers, Elle reminded me of a great tip to reduce bitterness of the cucumber. I used to do this back in Japan but the cucumbers I used in Sydney is called Lebanese cucumber and I don't need to do it. So I omitted this tip.

"A great tip for removing the bitterness from cucumber is to slice off one end 1.5cms & rub the cut side round & round the open end of the rest of the cucumber for a minute or so. You will see a thick white paste rise to the surface. This is what makes the cucumber bitter. Rinse off & you will enjoy the cucumber like never before."