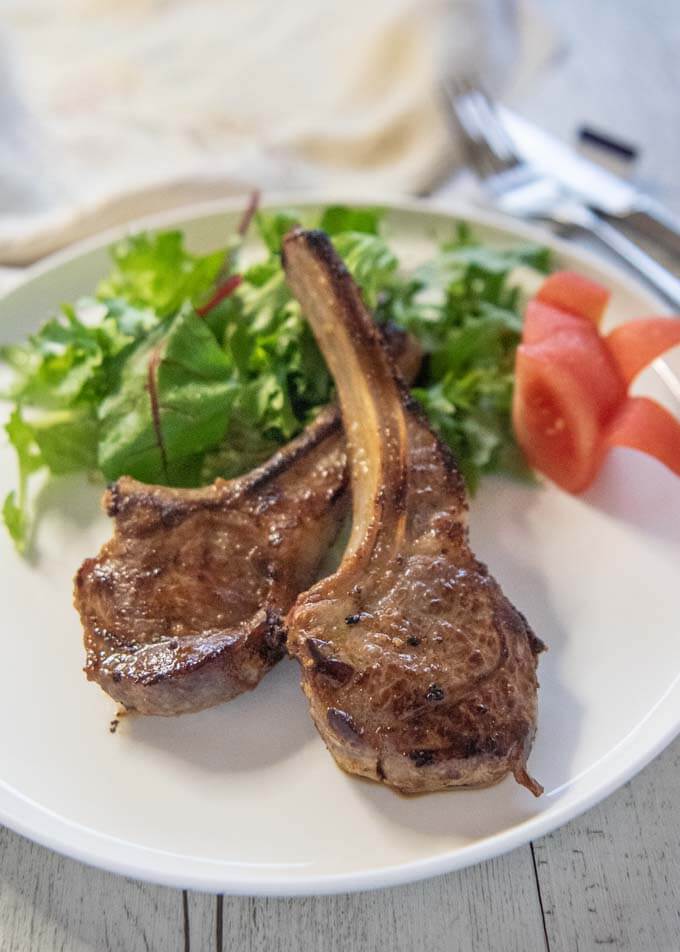 Japanese people don’t eat lamb very often. There are no traditional Japanese dishes using lamb. People find that the smell of the lamb meat is too strong. Perhaps because of this, many lamb dishes that Japanese people cook are either marinated, strongly spiced, or served with sweet soy-flavoured sauce.

I was also not fond of lamb for the same reason, but it was a long time ago. My first experience with lamb was a plate of lamb chops with mint sauce. Soon after I started working in Sydney, my work colleagues took me to a pub and insisted that I should have it.

I did not enjoy it at all. The lamb was overcooked and it had a strong smell. The mint sauce was terrible – as if it had artificial flavouring  in it (probably it did). Everyone else was happily eating the same dish. Someone said the mint sauce was beautiful. So, my first encounter with lamb was a negative experience.

But I wanted to cook lamb because lamb was cheap at the time, compared to other meat. A side of lamb was 99 cents per kilo if I remember correctly. So, I bought a cookbook and started learning how to cook lamb. I cooked navarin of lamb for the first time. 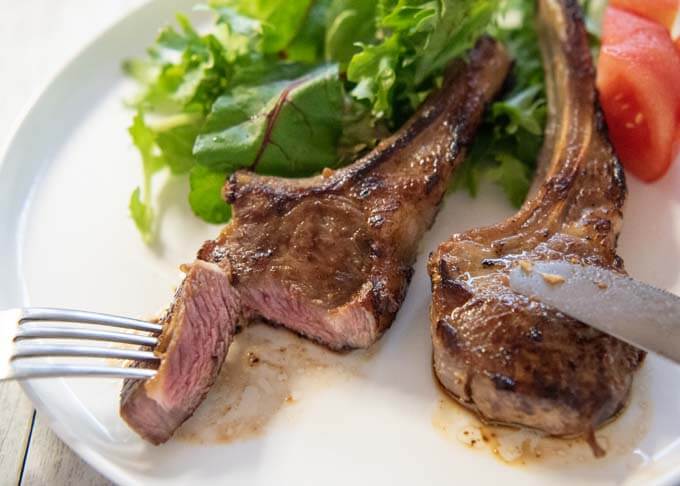 It didn’t take long for me to get used to lamb and now lamb is my favourite meat. I love the flavour of the lamb meat. To me, the flavour of lamb is better than beef, pork, chicken, and any other meat. Whenever my children offer to cook a meal for me on special occasions, I ask for a roast lamb or other lamb dish (but no mint sauce as I was scarred for life).

Today’s recipe, Pan-Fried Lamb Chops with Miso Marinade is a lamb dish that many Japanese people make using lamb imported from Australia or the USA. It is a very simple dish.

What’s in My Pan-fried Lamb Chops with Miso Marinade

The ingredients basically consist of lamb and basic Japanese seasonings to make a miso marinade. 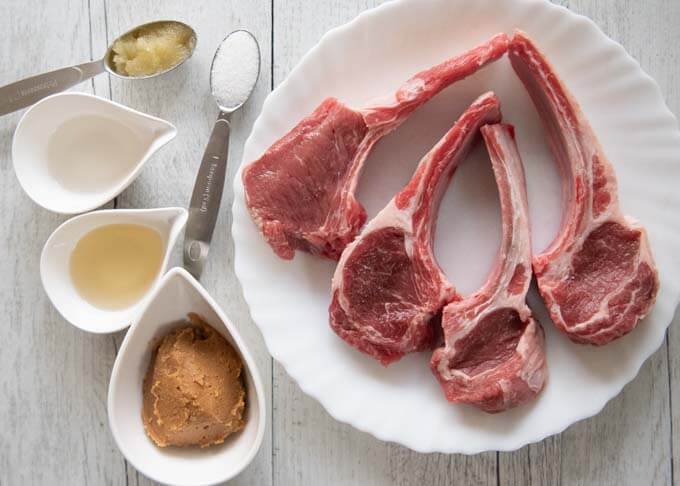 I used lamb cutlets, which might be called lamb chops in other countries. Lamb cutlet is the most tender cut of meat, with rib bones on it. You can also use other cuts of lamb such as forequarter chops, loin chops, and steaks. 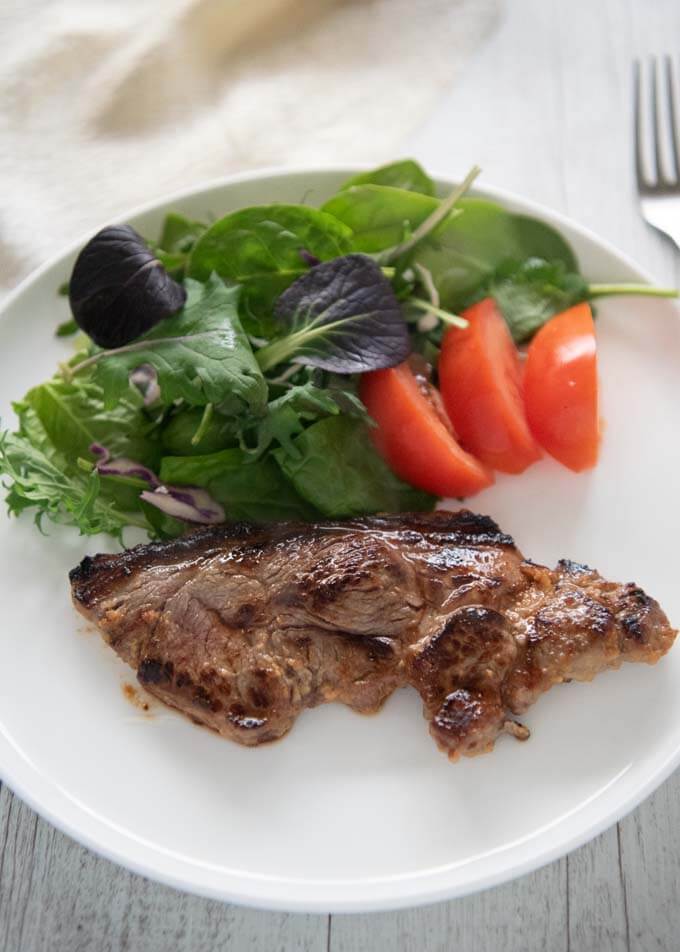 Here is the pan-fried lamb rump steak with miso marinade.

How to Make Pan-Fried Lamb Chops with Miso Marinade

There are only two things to do to make Pan-Fried Lamb Chops with Miso Marinade: 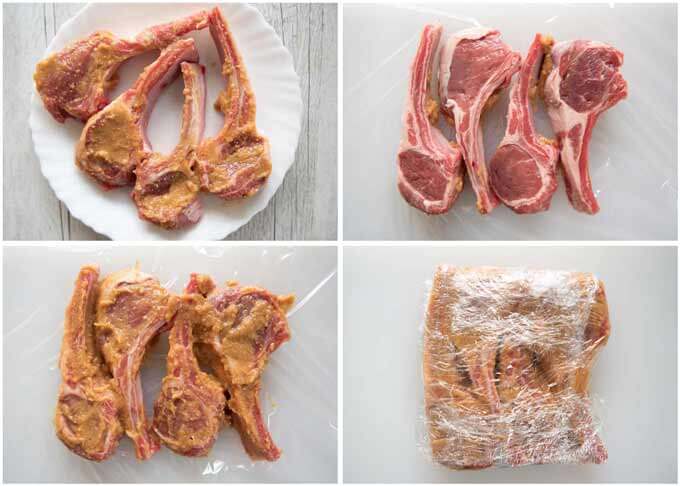 The marinating time depends on the thickness of the meat. If the meat is only about 1cm / ⅜” thick, a couple of hours will be sufficient. My lamb chops were close to 2cm / ¾” thick, and I marinated them for 3 hours. You can marinate them longer than that if you like.

It is also possible to grill the chops instead of pan-frying, but I prefer pan-frying. Pan-frying keeps the meat moist compared to grilling and the lovely flavour of the meat is more contained. 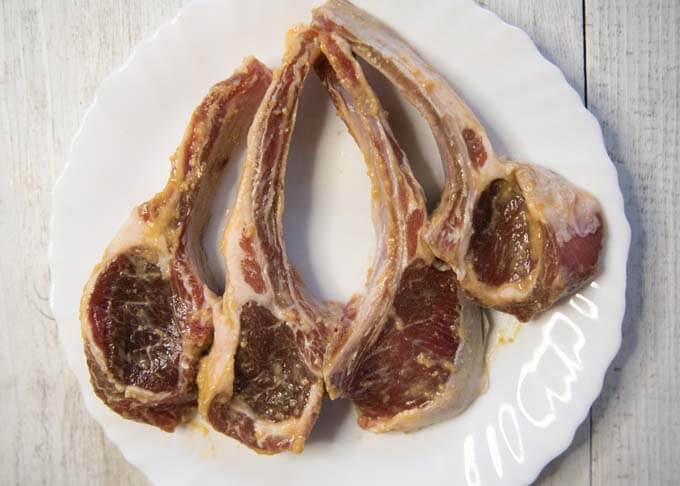 Because the marinade has a good amount of mirin and some sugar, it tends to burn quickly. It is important to remove the marinade as much as possible from the surface of the meat before cooking (see photo above). For the same reason, I cook the lamb with a lid on after turning it over so that the cook time can be reduced.

I am so happy to be able to add a lamb dish to my Japanese recipe collection. And this is delicious! 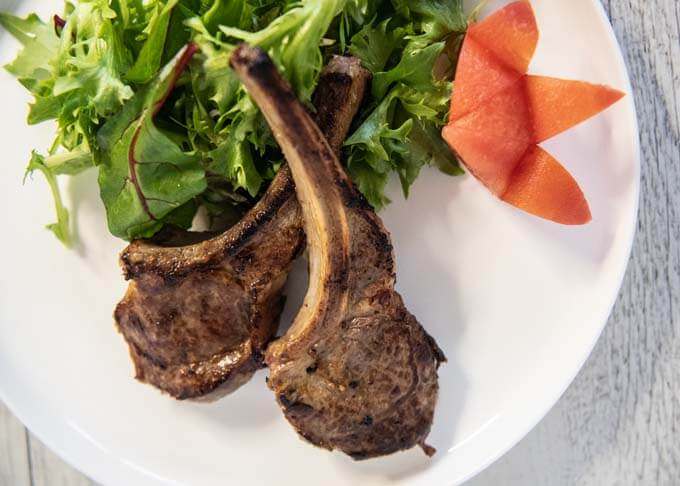 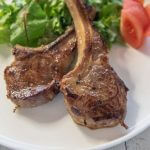 Pan-Fried Lamb Chops with Miso Marinade is a Western-style dish with a touch of Japanese flavour. The slightly sweetened miso marinade is tasty and goes so well with lamb.

1. I used lamb cutlet (also called lamb chop in other countries), which comes with a rib bone. The meat is very tender.

You can also use other cuts of lamb such as forequarter chops, loin chops, and steaks.

2. Instead of garlic, you can use grated ginger for a different flavour.

4. You will probably have a bit of miso marinade left over after scraping it off the meat. You can reuse it to marinate meat or fish. But you need to use it up within 1 week. Alternatively, you can use it as a flavouring for a stir fry.

5. Cooking time varies depending on the thickness of the lamb.

If your lamb is very thin, you will need to cook it for only a couple of minutes on each side.

If your lamb is very thick, I would recommend searing the surface of the lamb on both sides, then cook it in the oven at 180°C / 356°F until the internal temperature of the meat reaches 63°C / 145°F.

6. Nutrition per serving. It is assumed that 80% of the lamb chops is edible due to bones. It is also assumed that 50% of the miso marinade is consumed (probably overstating).

Pan-Fried Lamb Chops with Miso Marinade is a Yōshoku dish. So, I picked Western-style side dishes. I had no hesitation in picking potato salad for a side dish. Just like any other Western-style dish, pan-fried meat goes so well with potato.

I picked clear soup because the main dish has a miso flavour. But that does not stop you from having miso soup instead. 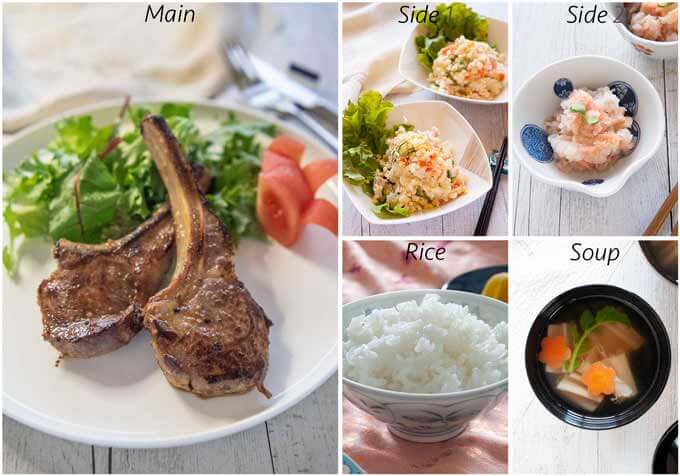