Marinated Chicken Tenderloin is not a traditional Japanese dish. The flavour does not come from typical Japanese ingredients either, but it is not oily, and the flavouring is light, which makes it a Japanese-style dish. 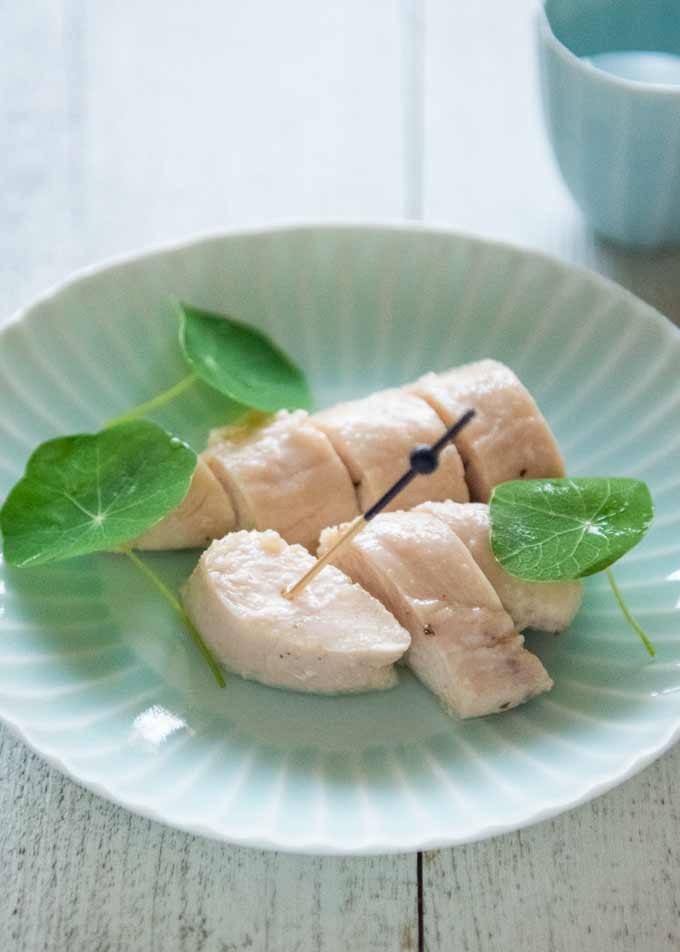 I like this dish because the chicken tenderloin is very juicy and tasty (and healthy!). Marinated Chicken Tenderloin is a handy food. You can nibble it on its own, put it in your sandwiches or as an addition to your salad. The marinade does not have a strong flavour and it is not very oily either. The saltiness is just right to have it on its own.

Chicken Tenderloin is a great source of protein, particularly for elders like me and for those who need to watch their cholesterol and fat intake. Compared to many cuts of the beef and pork , and even chicken, the tenderloin cut of chicken contains a much lower amount of fat.

But the flipside of this fact is that the chicken tenderloin tends to be dry when cooked. Today’s recipe overcomes this problem. 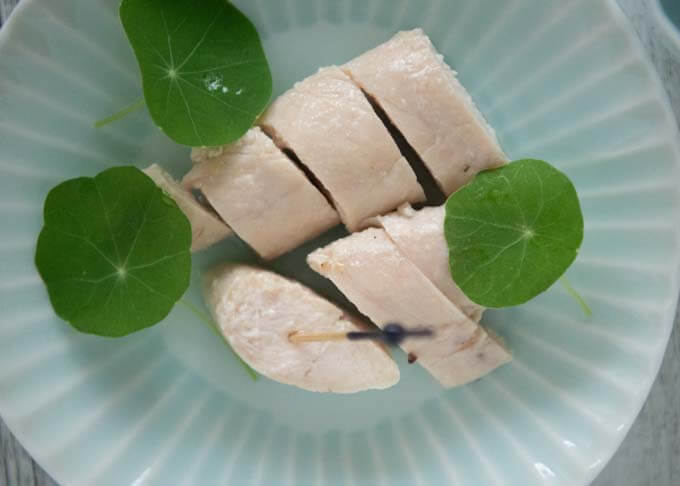 What’s in my Marinated chicken Tenderloin

The chicken tenderloin is cooked and marinated in a mixture of oil and flavoured broth.

I usually make 4-5 chicken tenderloins (about 300g / 0.7lb) at once because they just fit snuggly in my small shallow pot. But you can adjust the quantity as you wish. 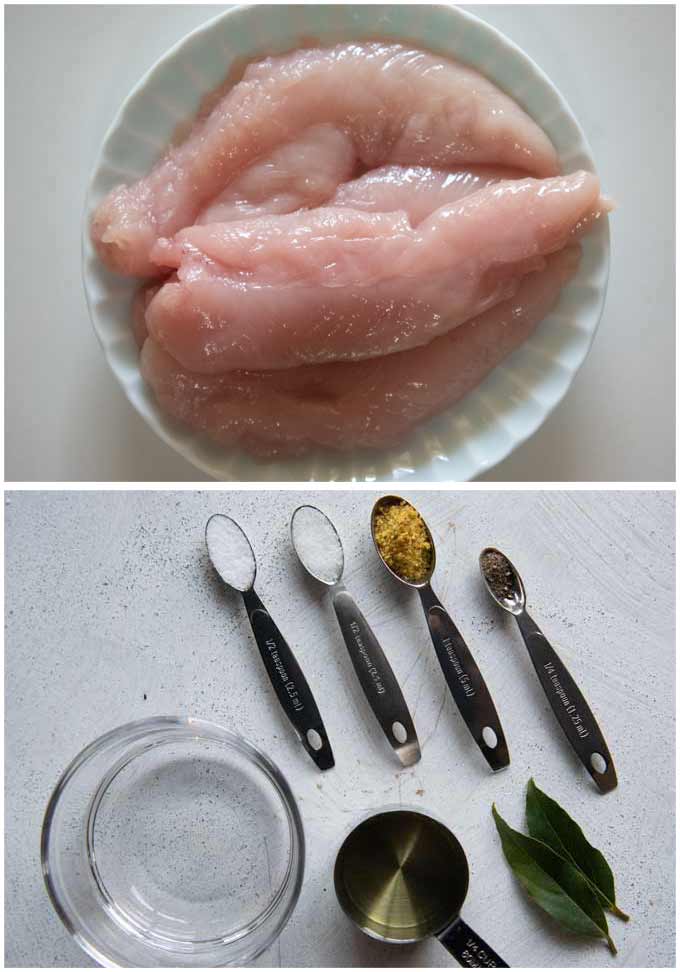 I used VEGETA vegetable stock powder today as I wanted  the chicken flavour to come from the meat rather than from the broth.

The tendon attached to the chicken tenderloin is stringy and tough, so you want to remove it from each tenderloin. The next section explains how I remove the tendon.

How to remove the tendon from a Chicken Tenderloin 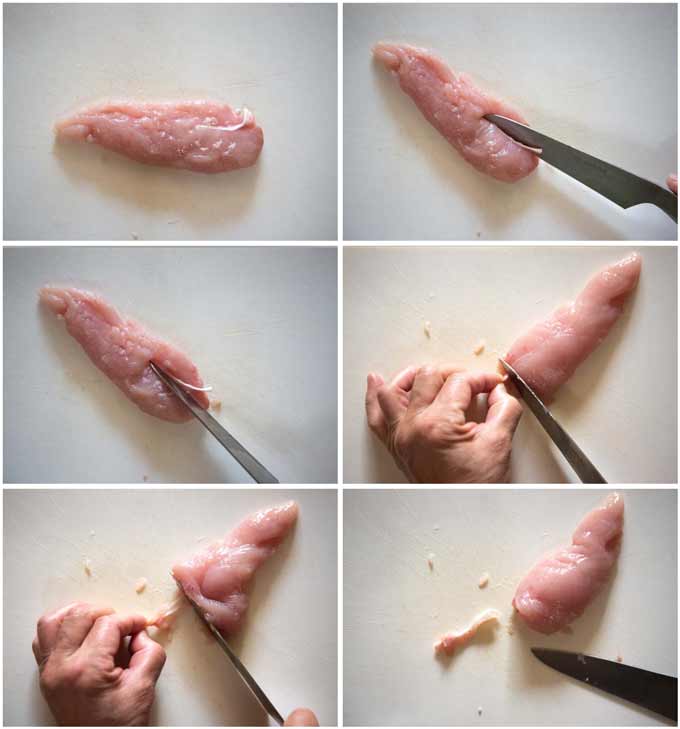 How to make Marinated chicken Tenderloin

The whole chicken tenderloins are semi-cooked in the broth, then left in it to cook through with the residual heat. At the same time, they are getting marinated. It is very simple and the active time takes less than 15 minutes.

In step 5, it is important to turn the heat off as soon as the surface of the chicken pieces become white. Letting the chicken cook through with the residual heat is the key to the juicy and tender meat. If you let it boil too long, the chicken will become a tougher and drier

You can eat it once the chicken has cooled down. I think this is the time when the chicken is the softest and juiciest.  You can keep the Marinated Chicken Tenderloin for about 5 days in the fridge. 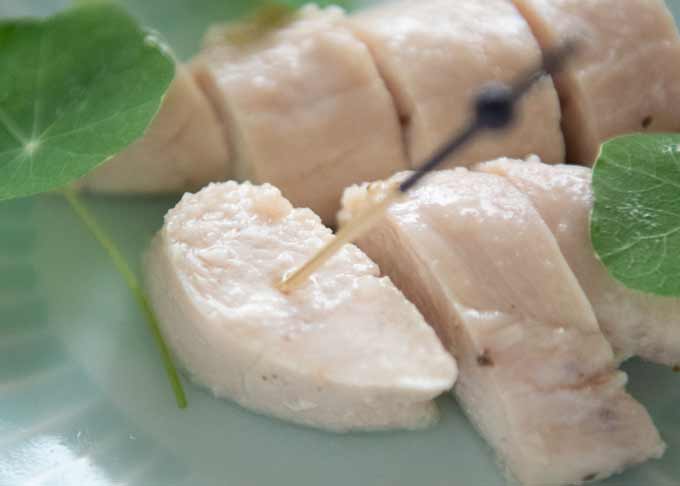 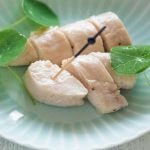 Marinated Chicken Tenderloin is not a traditional Japanese dish and the flavour does nt come from typical Japanese ingredients either. But it is not oily, and the flavouring is light, which makes it a Japanese-style dish.

The chicken tenderloin is very juicy and tasty. You can have it by itself as a nibble, in your sandwiches or added to your salad.

2. You can use olive oil if you prefer, although the olive flavour might stand out when marinated.

4. There is no need to cook the chicken pieces through as the chicken will continue to cook with the residual heat.

6. Nutrition per serving. It is assumed that 10% of the marinade is absorbed into the chicken.

With the exception of the soup, I picked the Western-style dishes to go match with the Marinated Chicken Tenderloin. It turned out that the meal is very colourful.

Even if the dishes are Western-style, I prefer a miso soup to go with them. I think it is a very Japanese way of serving a meal. But if you prefer, you could have a bowl of simple consommé soup instead. 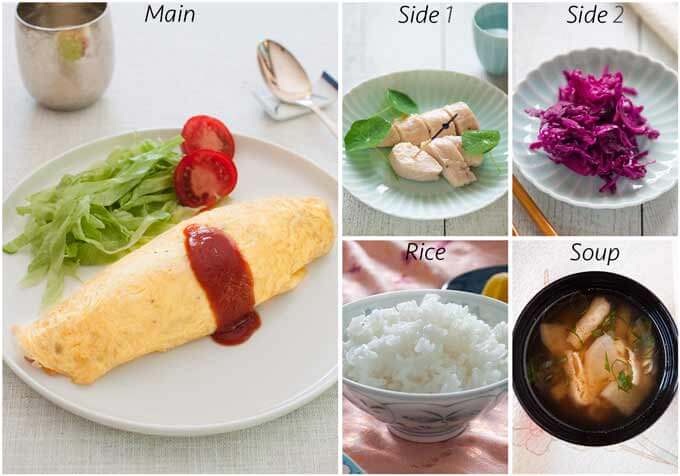