Have you had edamame at a restaurant? It’s usually listed under appetiser but you can make it easily at home and it’s much cheaper. I will show you two different ways of cooking edamame. Perfect snack for a crowd. It goes very well with drinks, particularly beer, but I don’t mind any drinks with them. 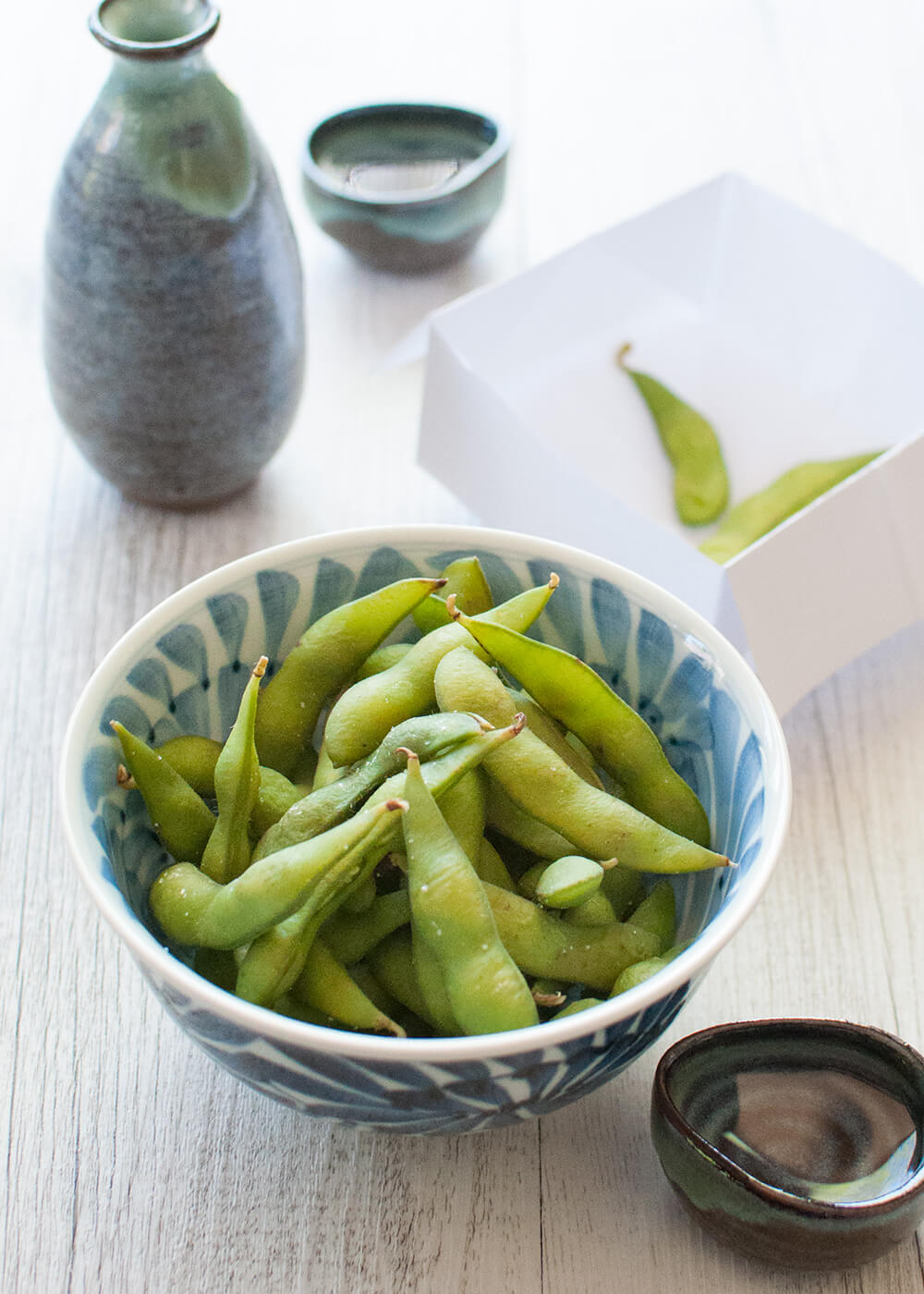 Every time I go out to a Japanese restaurant with friends in Sydney, I am amazed to learn how expensive the dishes are. I guess it’s because I can make most of them myself and I know how much the ingredients would cost.

One of the overpriced dishes at Japanese restaurants is edamame. It’s served in a small bowl for $5 – $7 in Sydney restaurants. But a bag of 400g frozen edamame is only $3 at Coles supermarket (I live in Sydney).

Edamame are immature soybeans in pods. When soybeans are grown in pods on the stems and they are harvested before maturing to become soybeans, you get edamame. They are green and tender when boiled.

Edamame is a summer vegetable and in Japan fresh edamame pods that are still connected to the stems are sold at supermarkets and vegetable shops. When you see fresh edamame at the shops, you know that it is really summer. 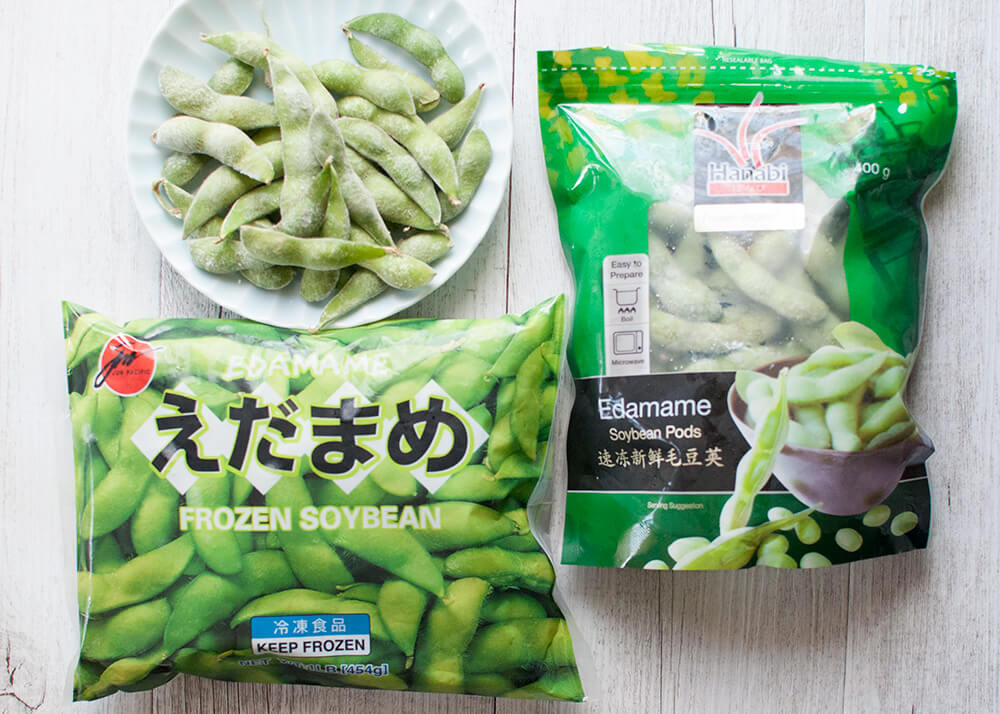 You can buy frozen edamame at Japanese/Asian grocery stores and at supermarkets. Any brand of frozen edamame is fine as long as the edamame pods are bright green in colour, as you can see in the photo above. If the colour of the edamame pod is brownish, it is not of good quality and potentially has been thawed once before (= loss of flavour).

You might find a pack of frozen edamame that is already salted. It should be labelled as ‘Salted Edamame’. If you have a choice, don’t buy salted edamame. In the case of salted edamame, every single edamame bean inside the pod is quite salty and you cannot control the saltiness.

How to Cook Edamame

Frozen edamame pods are par-boiled already so you don’t need to cook them for very long. The most common method of cooking edamame is simply to boil them with a pinch of salt, for about 1 minute. Drain and sprinkle salt over pods while they are hot. Then cool them down as quickly as possible to stop them from discolouring. But do not run cold water over them to cool them down. The edamame pods become soggy.

Alternatively, you could sauté, then steam them in a fry pan. This method must be a more modern way of cooking edamame because  pods were always boiled when I was back in Japan. I did not know of this new method until recently. But I tried this method and it works perfectly, too. 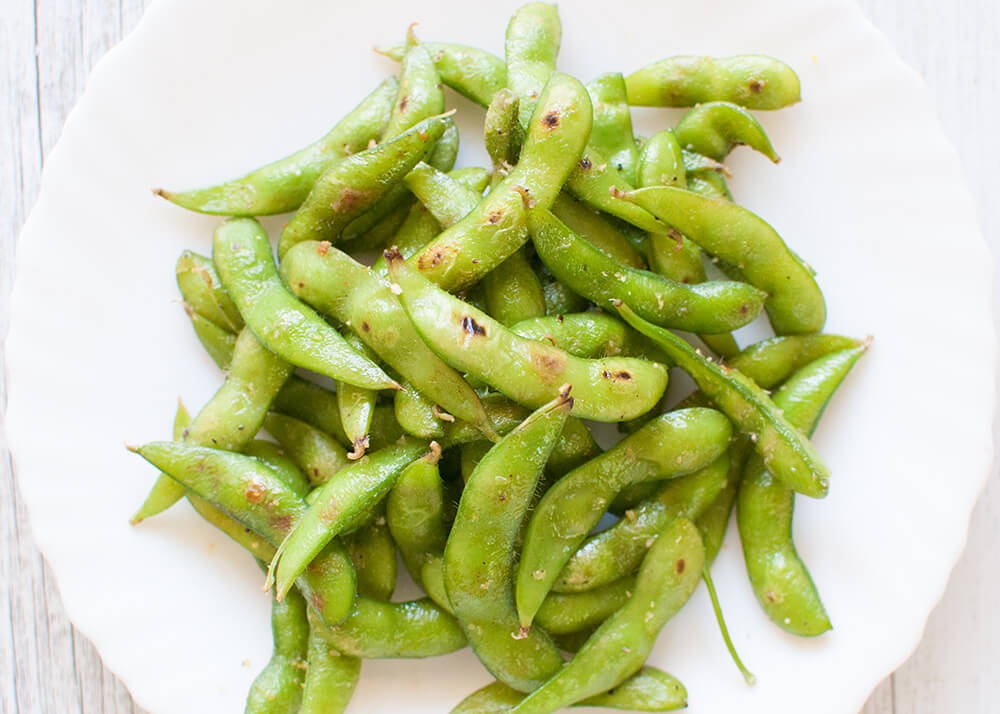 This sauté & steam method also allows you to add flavouring to your edamame such as pepper, garlic, chilli, and citrus, etc. It uses a bit of oil so your hands get a bit oily when eating them, but I find that the beans are sweeter when cooked this way.

How to Eat Edamame

Once edamame pods are boiled, they become quite easy to open. Open the pods from the side and pop the beans out. The photo below shows how easily the beans come out.

I guess this is not the most elegant way of eating food but I must tell you that nobody in Japan would take the beans out of the pod onto a little plate or a bowl and pick them up to eat. 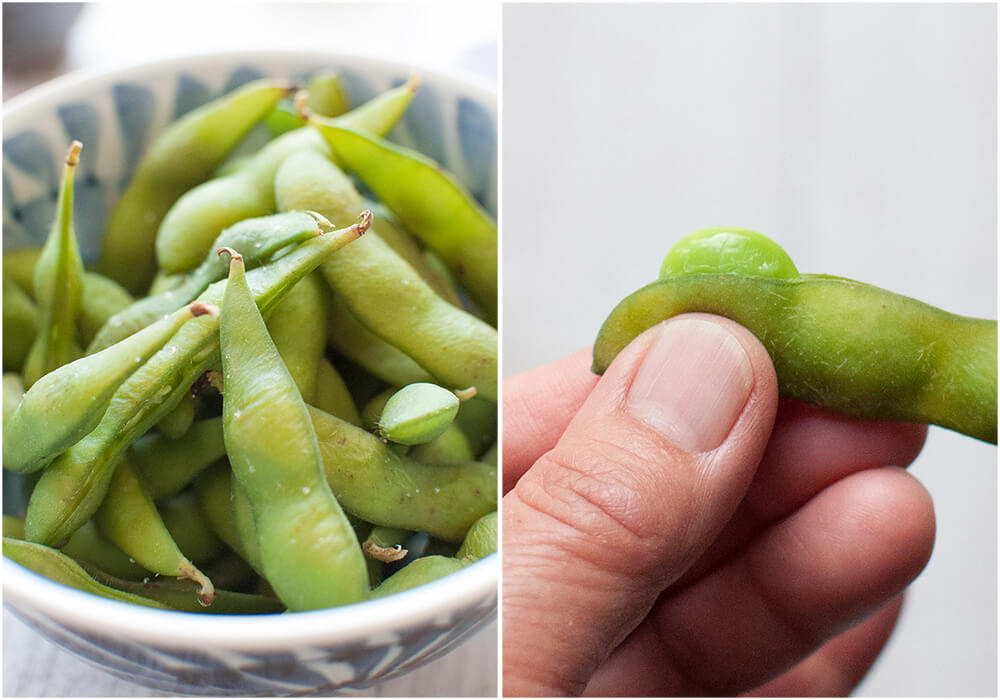 The empty edamame pods are rubbish. Because people bite the pods to get the beans out, the empty pods need to go into a trash bowl rather than placing them next to the uneaten pods. You can supply an empty bowl for this. But today, I made a trash bowl out of paper so that I could throw away everything and there were no additional dishes to wash.

This is a disposable origami trash bowl and my father taught me how to make it. I am not sure if my children also know this but if they don’t they can learn from today’s post.

Unlike standard origami craft, you will need rectangle paper, not square paper. I used an A4 size sheet of paper from my printer. It does not have to be A4 size, it can be letter size, legal size, foolscap size etc. As long as it is rectangular, that’s fine. I hope you can follow the diagram below to make an origami trash bowl. 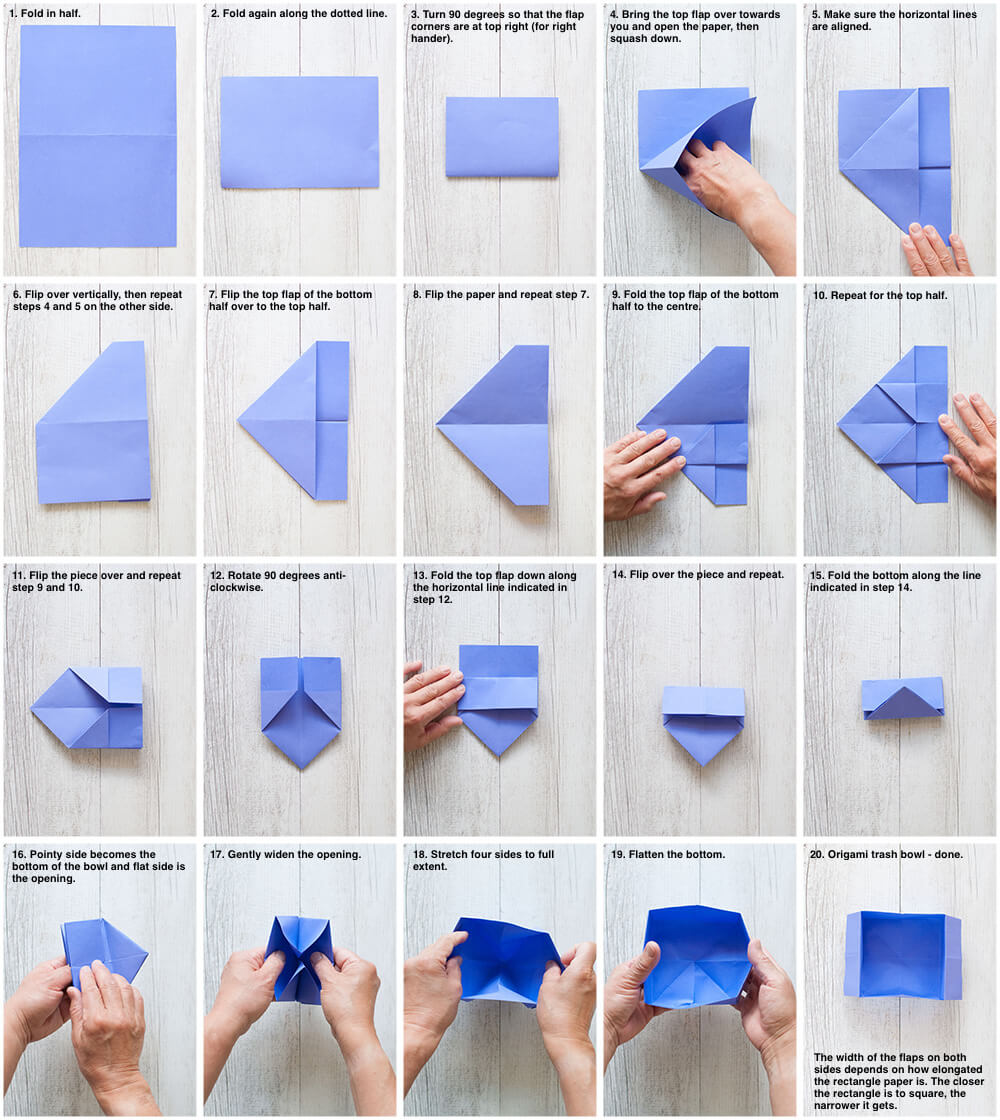 I was going to post a recipe to just boil frozen edamame but the recipe was so short that I was almost embarrassed. So, I decided to include the sautéing & steaming method as well. Flavouring options are also added in the notes.

Edamame is so easy to make and great nibbles for a crowd (or just for yourself!). It would be fun to make edamame with 3-4 different flavourings and share them with friends, wouldn’t it? 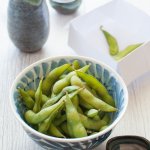 Edamame is served at Japanese restaurants, usually listed under appetiser but you can make it easily at home and it’s much cheaper. Perfect snack for a crowd. It goes very well with drinks, particularly beer.

I will show you two different ways of cooking edamame - the boiling method and the sautéing & steaming method with flavouring.

Prep Time and Cook Time are based on Sautéing & Steaming Method. The boiling method takes less than 5 minutes to cook in total.

1. You can buy frozen edamame at supermarkets and Japanese/Asian grocery stores. Do not buy salted edamame if you have a choice. If you can only find salted edamame, omit salt from the ingredients in both methods.

2. You can use a different oil. Plain oil such as vegetable oil is OK. Sesame oil would give an Asian touch. You could also use chilli infused oil, etc. in which case, you need to adjust your flavouring accordingly.

4. The faster the edamame cool down the better but do not run cold water to cool them down as they become soggy. You can serve hot edamame but if you are having them in summer, cold edamame is the best.

5. It is a Japanese tradition to supply a trash bowl to go with edamame so that the empty pods can be placed in a separate bowl to the serving dish. Please refer to the section Origami Trash Bowl in this blog with step-by-step photos if you are interested in making a disposable origami trash bowl.

6. Instead of defrosting in the microwave, you could run cold water over the frozen edamame bag to defrost them if you like.