Beans and pork mince stir fry is the Japanese version of Chinese style dish which goes so well with rice. It’s not as oily as Chinese style with milder spices. 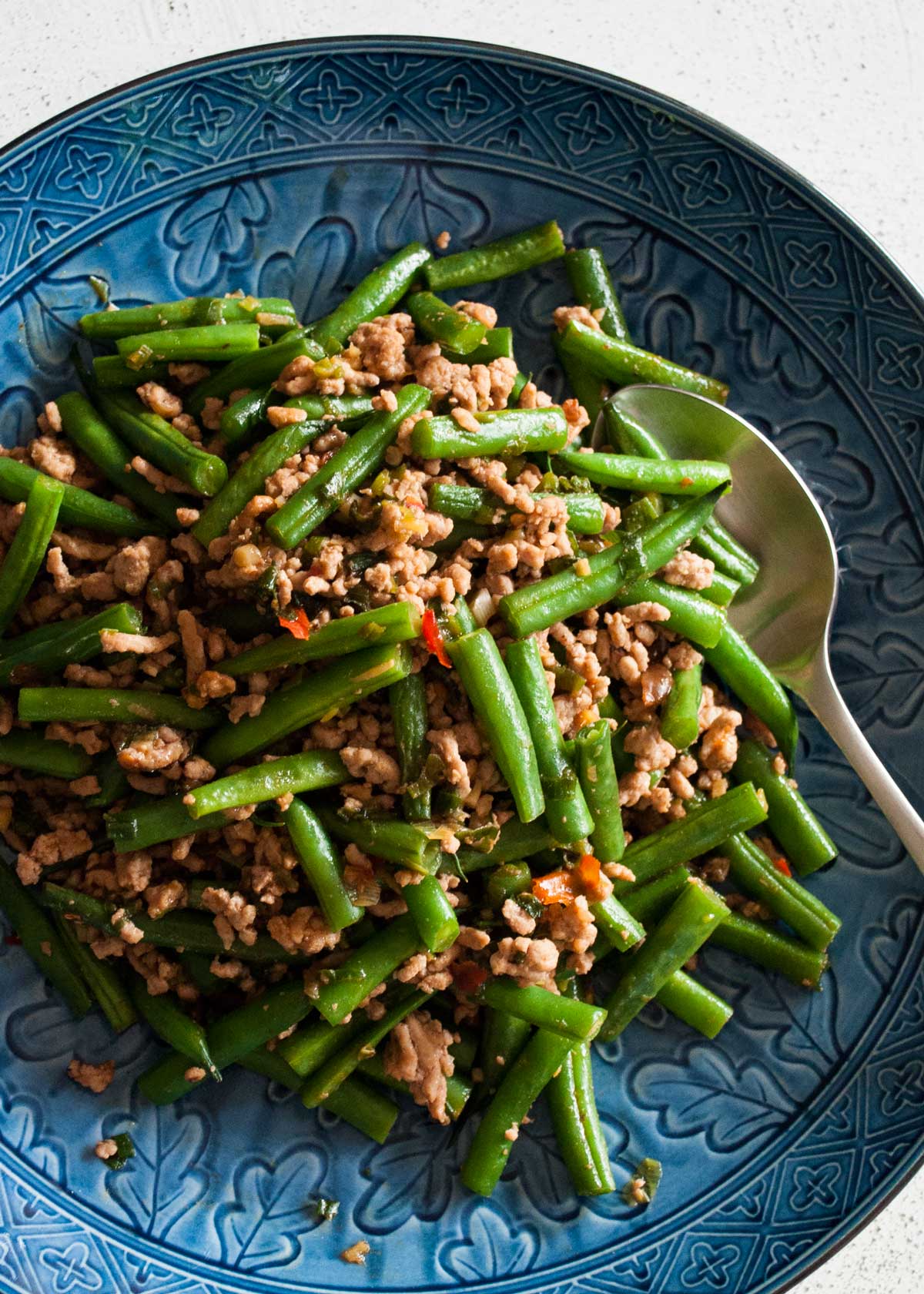 Nagi posted this dish a couple of years ago and the dish is called Stir Fried Green Beans with Minced Pork. This is one of her favourite Japanese dishes. I gave her the recipe but she changed it a bit and her recipe instructions are not exactly how I do it.

So I thought it might be good to introduce my version of the recipe ‘Beans and Pork Mince Stir Fry’ as well. Naturally, Nagi’s version is slightly less effort (typical of her), eg. using the microwave to pre-cook the green beans. It is up to you which recipe you use since either version is quite simple, yet very tasty.

Beans and pork mince stir fry has Chinese influences as you can guess from the ingredients such as chilli bean sauce. The dish does not even use dashi stock which is the basis of Japanese cooking. But the amount of oil used is minimal and I find that this stir fry is not as greasy as your typical Chinese stir fry. You can also control the amount of fat by using very lean mince but using super lean mince will result in dry stir fry.

It is a bit of challenge to eat this dish with chopsticks as you need to pick up each piece of pork mince on your plate. Corn flour helps a bit to clump the mince when cooked but still, you will always end up with small amount of pork mince left on the plate and you’d have to patiently pick them up bit by bit. But by that time, you would be almost full so taking time picking up the remaining pork mince pieces might become a pleasure rather than frustration! 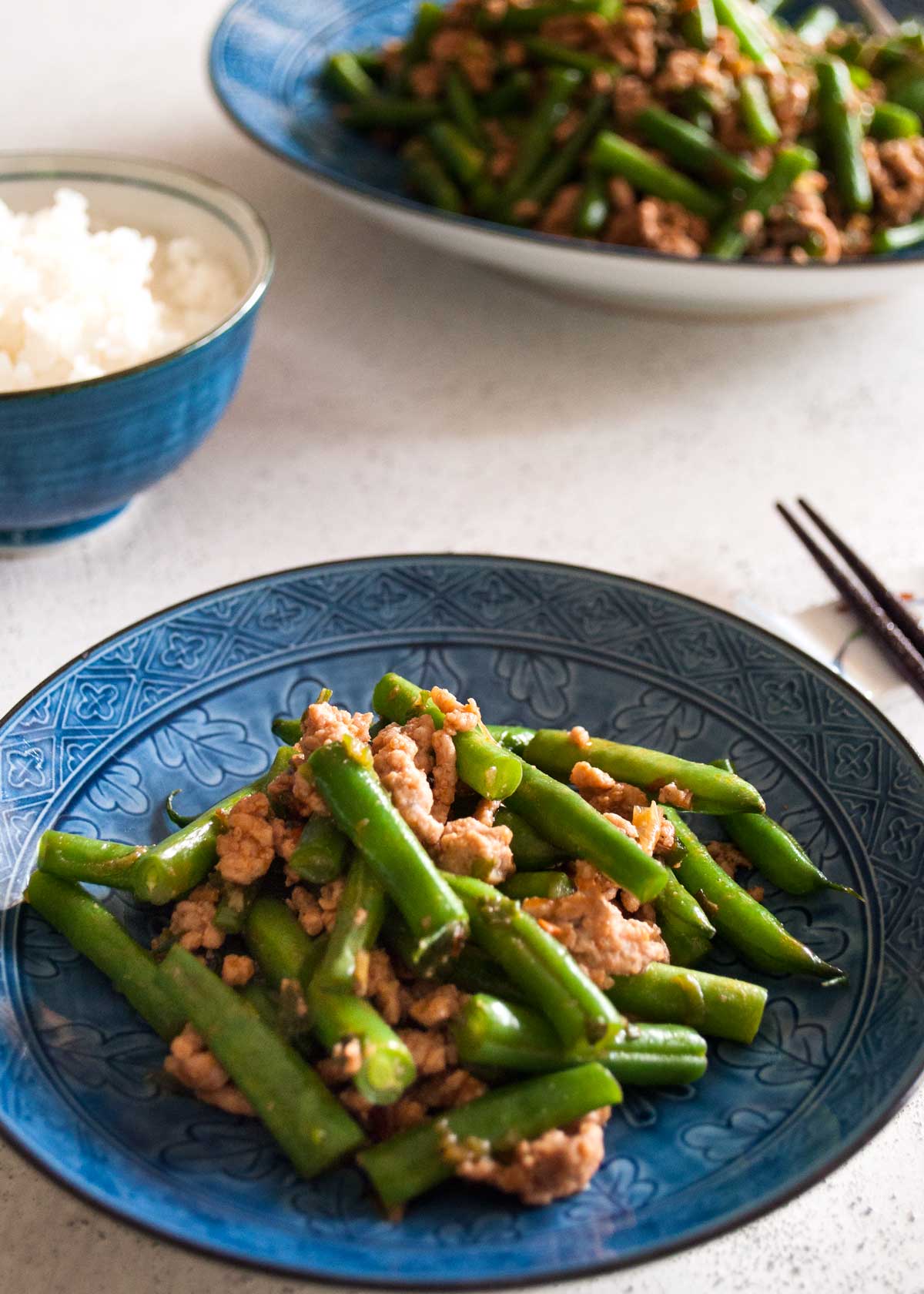 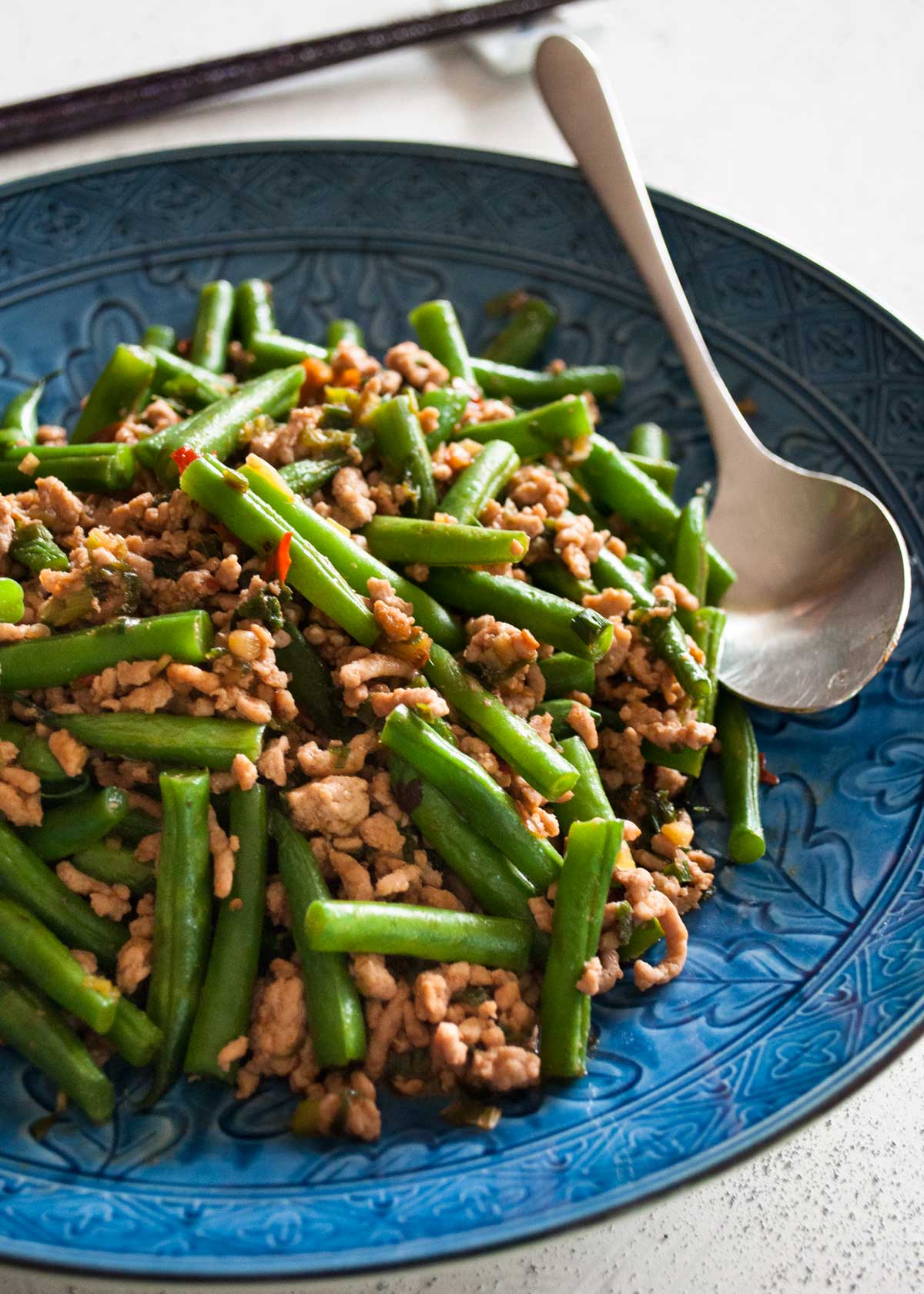 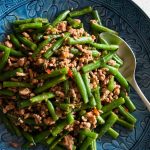 Print
Beans and Pork Mince Stir Fry
Prep Time
10 mins
Cook Time
5 mins
Total Time
15 mins
This dish is more like a Chinese style dish modified to suit the Japanese palette. It is not oily and not so spicy. Just like any other stir fry, this recipe is quite simple and fast to make, yet flavoursome. Goes well with rice.
Recipe Type: Main
Cuisine: Japanese
Serves: 2 -3 Servings
Author: Yumiko
Ingredients (tbsp=15ml, cup=250ml)
Sauce
Instructions
Recipe Notes

1. You can substitute sake with Chinese cooking wine or sherry.

2. Chilli Bean Sauce is readily available in large supermarkets. It can be substituted with sriracha or sambal oelek, or even finely chopped fresh chillies.